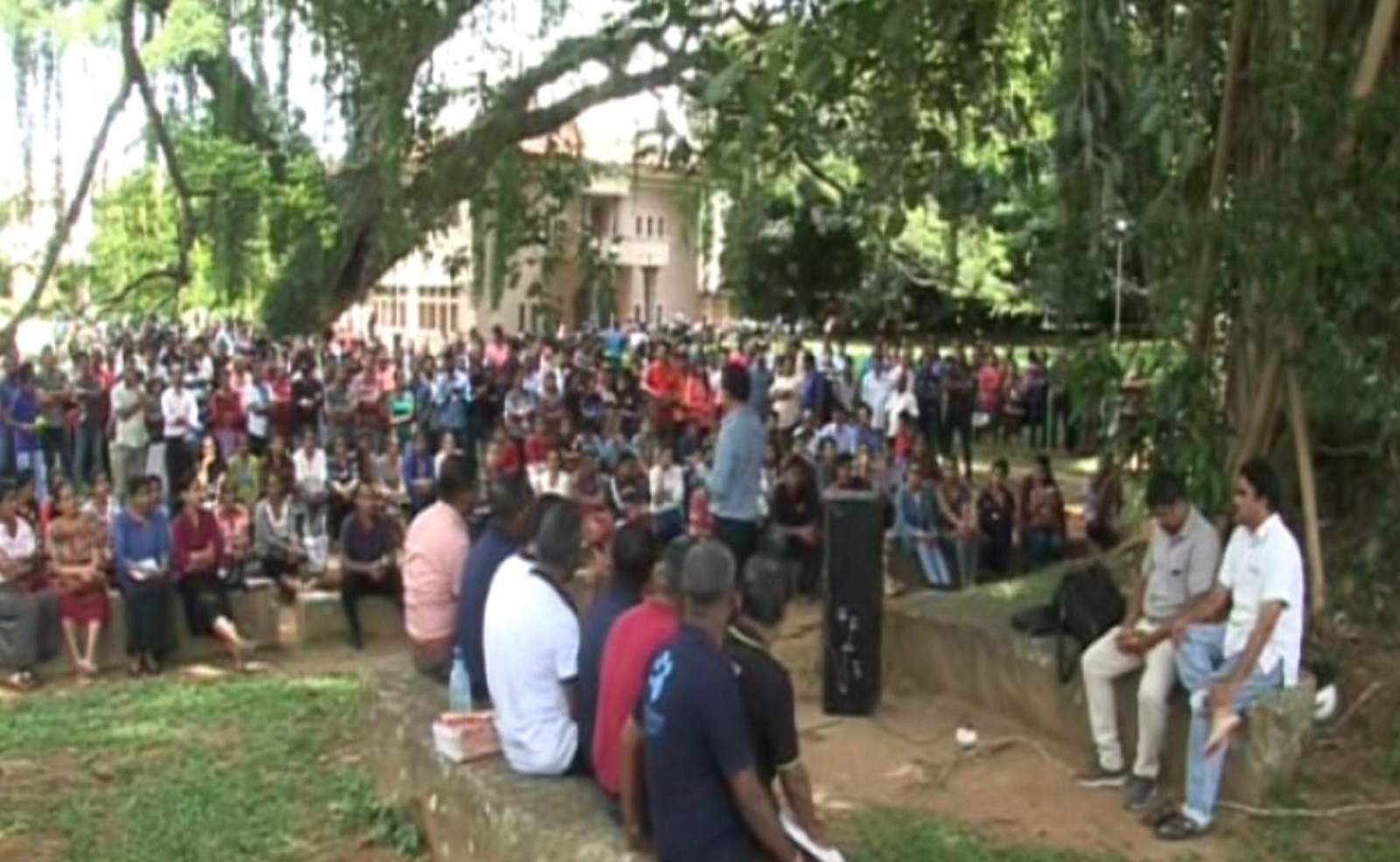 Colombo (News 1sy): The Ministry of Higher Education said it filed a complaint with the Chairman of the National Elections Commission regarding the trade union action launched by non-academic staff at government universities.

Higher Education Secretary PK Mayadunne speaking to News 1st said the NEC was informed election-related activities could be hampered due to the strike action.

He added the National Elections Commission is vested with the power to take appropriate action according to the provisions of the law.

He went on to say, at a recent meeting between the Minister and the Trade Unions, an agreement was reached to present a cabinet paper on solving salary anomalies.

However, the non-academic staff at universities continued their strike for the 30th consecutive day today (October 9).