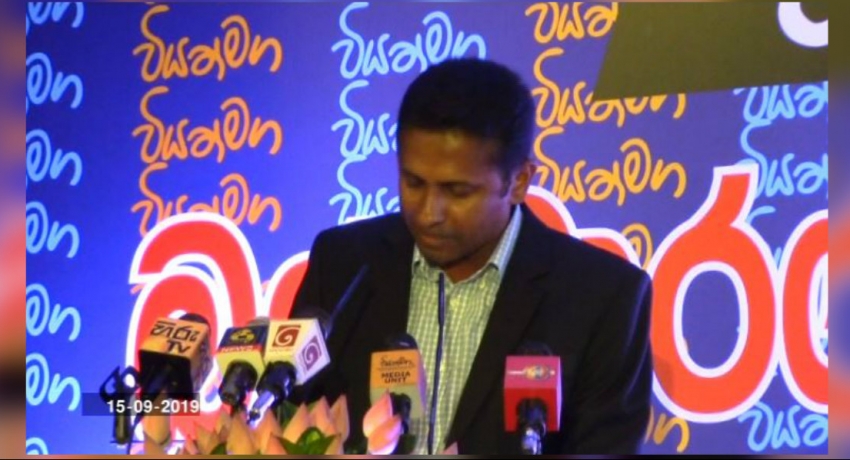 Colombo (News 1st) Another phase of the series of conferences organized by Viyath Maga took place last evening(September 15) in Bandaragama.

Former Chairman of Sri Lanka Ports Authority, Dr Priyath Bandu Wickrama stated that despite the claims made regarding the extremely high cost for the expressway, they spent Rs.1.75 billion for the construction of one kilometre whereas the current government has exceeded an amount of Rs.3.5 billion on one kilometre. He added that an expressway is being constructed from Kaduwela to Colombo and that the government is spending US$ 80 million for the construction of one kilometre. “Elsewhere in the world, such projects were constructed as a cost below US$ 50 million. If those countries can, why can’t we do the same ?”, he stated. He further added that they spent US$ 1430 million for the construction of the Hambantota Port adding that the income was around Rs.13.1 million. He further highlighted that by 2014, the income exceeded Rs.5 billion. “They called it a white elephant. They said there was a rock at the bottom and ships cannot come in …”, he continued.