Two garbage trucks headed to Aruwakkalu collide with each other

Two garbage trucks headed to Aruwakkalu collide with each other

COLOMBO (News 1st) – Two garbage trucks which were headed to Aruwakkalu terminal from Colombo had collided with each other at around 3.45 am in Madurankuliya, Puttalam today (August 14).

News 1st correspondent stated that an injured driver is being treated at the Puttalam Base Hospital. The correspondent added that the collision might have occurred as one of the trucks attempted to overtake the other.

Our correspondent went on to add that none of the trucks involved in the accident had number plates on them.

When an attempt was made to transfer the garbage into two other trucks, locals protested that it should not be carried out at the location.

However, the garbage was loaded onto other trucks with the intervention of the Munnadalama Police Division. 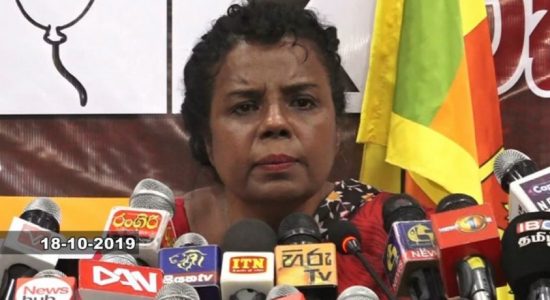 "We need a leader with a strong backbone"

"We need a leader with a strong backbone"