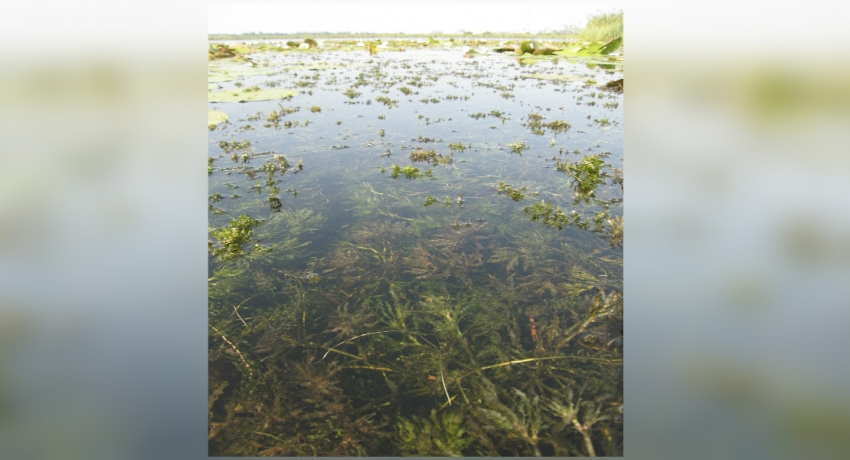 Colombo (News1st) – It has been reported that an invasive moss has been spreading across many wewas in the North Central Province. The farming and the freshwater fishing industry have been faced with difficulties according to the claims of the residents in the area.

Furthermore, the invasive moss that has spread throughout the wewas has made fishing activities difficult while jeopardizing the breeding environment of the fish.

Biologists note the first report of this invasive moss came back in 2018 from the Mahakandarawa wewa in Mihinthale.

Wasantha S. Weliange of the Department of Biological Science of the Rajarata University of Sri Lanka stated that the moss commonly known as KATU PASI is scientifically identified as Najas marina.

He said the moss is in fact a plant which produced food through photosynthesis and the only way to control its spread is to introduce a species of fish to consume it.