GARBAGE SCAM :Companies point fingers at each other

GARBAGE SCAM :Companies point fingers at each other

COLOMBO (News 1st): The Ceylon Metal Processing Corporation that was accused of importing garbage to Sri Lanka convened a media briefing in Colombo.

Why were the 111 containers not cleared from the port?

The CEO of the Corporation, Muthuramar Shashikumaran said that since the containers come through entrepot trade and are processed in a free zone that they do not have the direct access to clear or process the containers although they own the cargo.

We were told that you are the consignee and it has come directly. Not through Hayleys.

To this, the CEO replied that more details should be consulted on the matter and that it is beyond his domain.

The communication advisor at the corporation further clarifying the matter said that the containers belong to him and that he is the owner and the consignee, but he is not allowed to touch the contents as it is not consigned to the country but is for re-export purposes. He explains that since the consignment is for re-export and processing that the containers cannot be brought to Sri Lanka but to a free zone which is operated by Advantis Hayleys.

It is the responsibility of Hayleys and nothing to do with you?

The communication adviser responded that they are only partners in the matter and that Hayleys is doing the processing on their behalf and that they are not paid for it since its a contract.

What about the containers which are at the Hayleys facility. Why are they exposed to the elements? It poses a risk to the environment.

The CEO said that he is not aware of it as he does not have access to that because it is a free zone and Hayleys is therefore answerable. He adds that this is not under his domain of operations.

When they were questioned on the contents found within the garbage containers found in Katunayake, they refused to answer the question and said that they could not answer the question because they have nothing to do with it while adding that their containers only have used matresses. Although Ceylon Metal Processing Corporation (Pvt) Ltd claims that their containers only contain used mattresses and carpets, this footage reveals the truth.

When they were questioned regarding the UK based supplier that shipped these garbage containers to the country, the CEO said that in the west of UK, there is a registered supplier controlled by the UK EA government regulations. However, when questioned on their provider, the response was only that they have one designated provider.

The supplier, these individuals refrain from revealing during the media briefing, is a UK based company named Vengaads Limited. Company documents confirm that an individual named Vegadasan Muthukumar, a shareholder of Vengaads Limited, also serves as the Director of Ceylon Metal Processing Corporation (Pvt) Ltd.

Against such a backdrop, where everyone continues to pass the buck, law enforcement seems to be stagnant. It has been three weeks since the garbage crisis was first exposed by News 1st on the 6th of this month. However, to date, what measures have been taken by the Board of Investment of Sri Lanka, the Central Environmental Authority and the Sri Lanka Customs, to address this issue?

President of the Lawyers’ Collective, Attorney-at-law Manoj Gamage said that these three organizations are now passing the buck to each other and that there seems to be no proper owner for these containers. He sarcastically questioned if it was the general public who brought down these containers to the country.

The lawyer said that although an investigation is underway in the UK on the matter that ironically a proper investigation has not yet commenced in Sri Lanka. He added that they have their suspicions that the only reason for the Central Environmental Authority and the relevant law enforcement institutions to remain silent on the matter is because they have been intimated with money.

Also speaking on the matter President of the Surakimu Sri Lanka National Movement, Venerable Pahiyangala Ananda Sagara Thero said that it seems these garbage containers with no proper owner would continue to remain in the country due to which he would like to ask the government if they are ready to claim ownership of these containers. The Thero says that behind this scam that money laundering in trillions of rupees has taken place. He continued to say that Ranil Wickremesinghe and Malik Samarawickrama had attempted to facilitate the import of garbage through the Singapore FTA as well while Muthurujawela is being destroyed due to such imported garbage by wealthy businessmen.

The Thero further said that behind this garbage scam that there are three prominent politicians and that there are indications that the process aims to increase the country’s income generation.

In response to the statements made by officials of the Ceylon Metal Processing Corporation (Pvt) Ltd. Director of the Hayleys Free Zone, Asanka Ratnayake said that from day one, they stated that they are not the owners of the garbage consignments found both at the Katunayake Free Trade Zone and the Colombo Port. He further says that the owner of the cargo was established by the media briefing that was convened by the above-mentioned group of individuals and their freight forwarder ETL Colombo (Pvt) Limited two days ago.

Explaining the measures taken by them towards the cargo found in the Katunayake Free Trade Zone, the Director said that they will stuff this cargo into a container where they will be reprocessed and with the support of the cargo owner that it will be re-exported; which is the main reason the cargo was brought for. 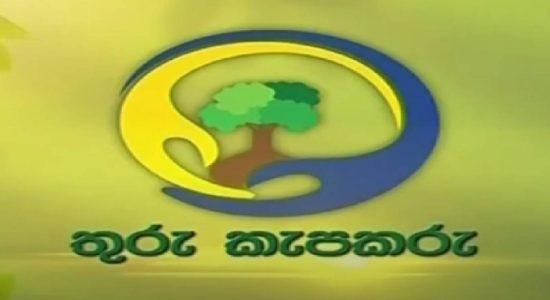