US senate officials pay visit to Sri Lanka to inspect lands in Jaffna; due process not followed

US senate officials pay visit to Sri Lanka to inspect lands in Jaffna; due process not followed

COLOMBO (News 1st): Taking to Twitter the US embassy in Sri Lanka commented on the Millenium Challenge Corporation today (July 6). In the tweet, the embassy states that the Millenium Challenge Corporation is a “gift” from the American people to the Sri Lankan people and that there has been a lot of misinformation about what it is and what it is not.

Meanwhile, a spokesperson at the US Embassy has said that if Sri Lanka demonstrates a pattern of actions inconsistent with democratic governance related to the agreement with the Millennium Challenge Corporation, there can be consequences for the partnership.

Speaking to the Daily Mirror Newspaper, the spokesperson added that the consequences will include suspending or terminating assistance provided through the agreement to receive a US$ 480 million grant from the Millennium Challenge Corporation. The spokesperson of the US Embassy further says that the agreement will increase access to land rights information, help maximize the government revenue from rents on state lands that are leased to the private sector for commercial development.

The MCC is a gift from the American people to the people of Sri Lanka. There has been a lot of misinformation about what it is and what it is not. You can find real details here. Yes, from the embassy account. https://t.co/p1cxamJfKI

Although the US Embassy Spokesperson states that the Millenium Challenge Corporation will not own or take control over the lands in Sri Lanka, two US Senate officials paid a visit to Myliddy, Jaffna and inspected the lands and the Myliddy fisheries harbour yesterday (July 5). This is against the backdrop where the construction activities of the Palaly Airport commenced yesterday (July 5) with funds provided by India. The US Senate members inspected the lands in Myliddy, which is only 4km away from the Palaly Airport.

Meanwhile, News 1st inquired from the Secretary to the Ministry of Public Administration and Management J.J. Rathnasiri on the matter. The Secretary said that the ministry was not aware of the visit made by these US officials. He added that authorities cannot take measures based on the instructions given by the embassies in Sri Lanka. The Secretary went on to note that approval from the Ministry should be obtained prior to such visits. He added that even the diplomatic community must follow the due process of obtaining approval.

Speaking to New s1st the Governor of the Northern province Dr Suren Ragavan said that he is not aware of who comes and leaves and he was not informed of this visit either. He further said that whatever the US is expecting by all this should be looked into by the Ministry of Foreign Affairs.

Therefore, the question remains as to who authorized the US Senate Officials to visit Mylyddi, in the Northern Province? And what their intention is? The government should be ashamed of itself for allowing foreign powers to infiltrate into our domestic affairs, even before signing any agreements. 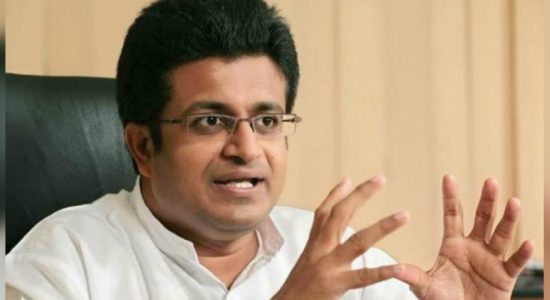