12.33: Motion against the expenses at the Prime Minister’s Office passed with 123 votes in favor and no votes against.

11.51: “The appointment of Ranil Wickremesinghe as PM following the 2015  election was also against the ‘political culture’ – MP Bimal Ratnayake

11.45: “This is not about the Ranil Wickremesinghe government. That was one which was going to get kicked out anyway following elections” – MP Bimal Ratnayake

11.33: “On the pretext of them boycotting this house, they are turning their back on the people” – MP Rauff Hakeem

11.30: “We would be willing to replenish all damages and cost of the occupation if the court says otherwise (that the removal of PM Ranil Wickremesinghe is constitutional) – MP Rauff Hakeem

11.25: “Is Temple Trees a place that can be rented out to anyone like a hotel?” – MP Anura Kumara

11.25: MP Lakshman Kiriella says that the UNP is paying for the expenses at Temple Trees.

11.21: “There are expenses in two places. Who is paying the utility bills at Temple Trees? – The people have to bare the weight of two Prime Ministers.” – MP Anura Kumara

11.20: “An MP is using benefits which are entitled to a Prime Minister”- MP Anura Kumara

11.16: “There are only three ways of toppling a Government:

But the President has not published his policy statement yet.” – MP Anura Kumara

11.14: “This fight is to get the President to abide by the constitution.” – MP Anura Kumara

11.12: “It does not matter if we do not agree with each other’s policies or ideas. We still abide by the constitution.” MP Anura Kumara

11.10: “Though we like or not, there is a law that we should abide by. That law is the constitution.” – MP Anura Kumara

11.08: Anura Kumara speaks in Parliament regarding the motions presented to the Speaker

10.58: “The chaos that ensued in Parliament during previous sessions have made the people sick and disappointed of politics and public servants” – Min. Wijedasa Rajapakshe

10.51: “Even though the UNP had only 42 seats in Parliament, they governed the country with the backing of the people” – Min. Wijedasa Rajapakshe

10.48: Min. Wijedasa Rajapakshe recalls the past, from ending the war to the January 2018 “revolution”.

10.46: While the majority of the ruling party is boycotting the Parliamentary session, Min. Wijedasa Rajapakshe is present in Parliament.

10.35: Ravi Karunanayake presents the motion against the expenses of Secretary to Prime Minister

The Public Gallery and the Special Invitees Gallery will be closed when the Parliament convenes today. Speaking to News1st, Deputy General Secretary of Parliament Neil Iddawela noted the entire parliamentary complex will be out-of-bounds for the general public except to the media. 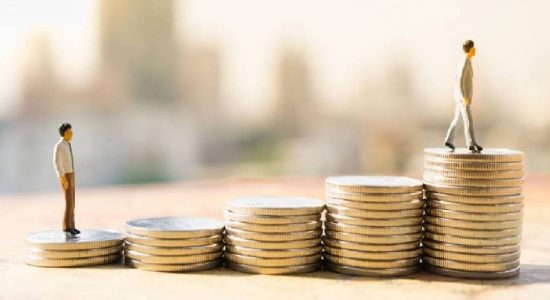