Colombo (News 1st) – Minister Faizer Mustapha an appointed politician and not elected by the people, has shifted his positions in the name of self-interest on many occasions. The question is, should the people continue to accept it?

Minister Lakshman Yapa Abeywardena stated that for the first time in Sri Lankan history, a report presented by the government, was rejected by the representatives of the government and that even the subject minister voted against it.

Minister drafts the report and rejects it

With it, years of debate and talk in Parliament, was resoundingly defeated as was hope for a change in the voting system. But what is perhaps most shocking, is the fact that the Minister largely responsible for drafting this report, voted against the report, himself.

The Minister in question is none other than Faiszer Musthapha, brought into parliament on the national list by President Maithripala Sirisena. This unscrupulous move by the Minister should not come as any surprise.

He acted in a similar manner during the passage of the 19th Amendment and the run up to the Local Government Elections.

During the 19th Amendment, clauses targeting presidential powers the media were surreptitiously included, while he was a presidential legal advisor. The media clauses were removed when we, as an network, sought legal redress.

In the midst of all of this, Mustapha raided a container of sporting goods with the intention of exposing a Former Sports Minister.

The Minister should remember that he sits in a chamber that represents the will of the people. His actions will ultimately be judged by the people.

Minister Semasinghe justifies that it was okay for them to vote against it but it was baffling to see the Minister Faizer Mustapha, who presented the report, rejecting it. He also questioned whether the government has a proper plan.

Shehan Semasinghe believes that if Mustapha was an ethical man he should have stepped down immediately because of his actions. He highlighted this as an example of how the government makes bad decisions.

Speaking in Badulla today (August 25) former MP Dilan Perera commented about the same situation which has created political turmoil in the country and recommended the steps that need to be taken to resolve the issues.

He stated that the delimitation report was put forward as the first step of the new electoral system following the abolition of the previous one. MP Dilan Perera stated that Ministers Duminda Dissanayake and Mahinda Amaraweera should inform the President and remove PM Ranil Wickremesinghe from his position.

Minister Dilan Perera states that the delimitation report was a conspiracy of the Prime Minister. 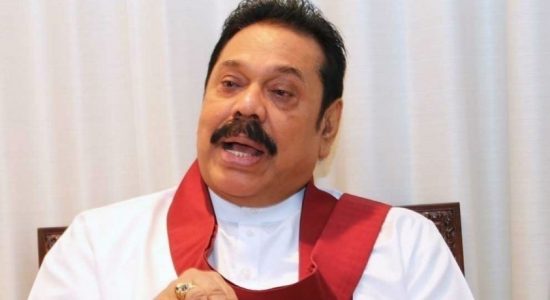 19th amendment curbed the powers of the President