Railway ticket fares to be amended by 15% : Departmental loss of Rs. 64 million

Railway ticket fares to be amended by 15% : Departmental loss of Rs. 64 million

COLOMBO (News 1st) – Indika Indipolage the Superintendent of Commercial Affairs at the Department of Railways stated that railway ticket fares are due to be increased by 15%.

He also continued to say that the Gazette pertaining to the revisions has already been prepared and sent to the Ministry. The Superintendent also reported that the train strike that had prevailed for the past four days had incurred a departmental loss of Rs 64 million.

Further, railway services will be resumed today (August 13) following the calling off of the strike action after discussions held with the President yesterday.

The general public, as well as students sitting for the G.C.E. advanced level examination this year, were severely inconvenienced by the strike action that was launched on the 8th of this month.

Meanwhile, Secretary of the Railway Services Trade Union Front, Sampath Rajitha stated that with the removal of salary anomalies of the trade unions another 12,000 employees are facing salary discrepancies. Additional railways superintendent Wijaya Samarasinghe said that the tickets of all passengers who had reserved their seats during the strike action will be reimbursed. 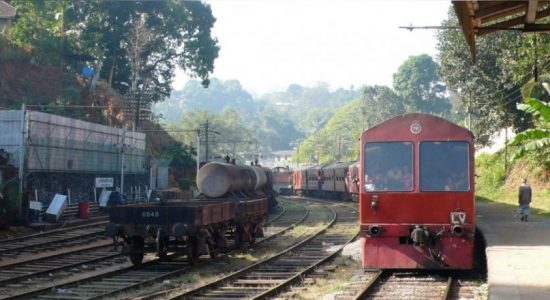