COLOMBO (News 1st) – The Government aims to launch a project to develop the Ratmalana Airport as an International Airport and for the existing Sri Lankan Air Force Base and its operations to be moved elsewhere.

While this project further upgrades the airport system of Sri Lanka, the Bandaranaike International Airport situated in the suburbs of Negombo is a fully functioning and well-equipped airport which serves it’s purpose. While the aim of refurbishing the Ratmalana Airport is well intended for sure, it is quite dubious on whether Sri Lanka has an urgent need for ‘another’ international airport.

The Katunayake airport is undergoing resurfacing of its runway. According to Airport and Aviation Services (Sri Lanka) Limited, future projects planned for the Katunayake airport, include a second runway to support the Airbus A380, a further eight passenger gates, a domestic terminal, a five-storeyed car-park, and a five-star hotel neighbouring the airport.

With all the refurbishments to the Katunayake Airport included, it is a fair question to be raised as to why Sri Lanka plans to invest in upgrading the Ratmalana Domestic airbase, given the current economy and debt situation of the country.

LEARNING FROM PAST MISTAKES

If we recall, the Good Governance Government came into power to rectify certain unaccounted decisions made by the previous regime. This includes the unwarranted construction of the Mattala airport, which is reported to be the World’s emptiest airport. Given the circumstances, it is questionable whether the current administration has learned anything from the mistakes of the past administration.

Minister of Transport and Civil Aviation, Nimal Siripala De Silva was questioned at a press conference, whether the refurbishment of the Ratmalana airbase is an attempt to sell off the airport, like the Government’s plans for the Mattala airport. Min. Nimal Siripala seemed a bit agitated by the question as he fired back rhetorical questions at the journalists. He stated emphatically that there is no idea of selling the Ratmalana airport or the Mattala Airport.

However, claims that the Indian Airport Authority was interested in the Mattala airport was rejected by the Indian Minister of State for Civil Aviation in the Lok Sabha recently.

A rational question that arises is where Sri Lanka would find the funds necessary to develop the Rathmalana airport, is it through another loan or through some Government fund. Either way is this really how the Government should invest this money given the current situation of the economy and the cost of living?

The question is will the Rathmala Airport become the Good Governance Government’s Mattala. 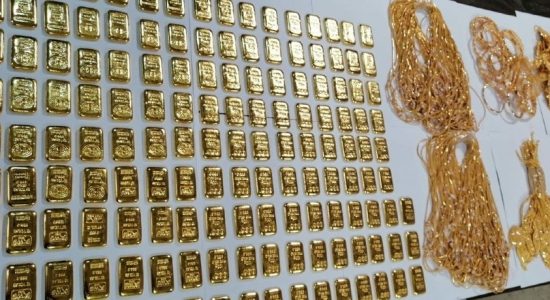