COLOMBO (News 1st) – The Police Financial Crimes Investigation Division has informed the court that authorities in Dubai have declared Sri Lanka’s Former Ambassador to Russia as a wanted person.

They were informed on Saturday (March 17) that all hotels and airports in the United Arab Emirates have been informed of Weeratunge’s status.

Meanwhile, information has come to light regarding four Ukrainian and Singaporean nationals who were behind the controversial MiG deal.

Udayanga Weeratunge is accused of committing major fraud in the contract for the procurement of four MiG 27 aircraft and the renovation of three MiG 27’s and a MiG 23 aircraft for the Sri Lanka Air Force in 2006.

Investigations have revealed that the financial transaction was carried out through the front organization Belimissa Holdings with the aircraft and maintenance work being supplied by the Ukrainian state-owned company Ukrinmarsh.

The FCID reported progress on its ongoing investigation to court on last Friday (March 16).

It was revealed then that Singapore based company D.S. Alliance was behind the controversial MiG deal.

Investigations have also established that the agreement signed between the Sri Lanka Air Force, Ukrinmarsh and Belimissa Holdings on the 26th of July 2006, was not registered with the selling company in Ukrinmarsh.

Inquiries made by the FCID from the Central Financial Investigation Agency in the British Virgin Islands had revealed that the directors and shareholders of Belimissa Holdings are Lee Thian Su and Ng Lee Kim Su.

Lee Thian Su is a director in the prominent Singapore based arms dealer D.S. Alliance while Ng Lee Kim Su is his wife.

While the agreement involving Belimissa holdings and the SLAF had not been registered with Ukrinmarsh, it has been revealed that two agreements signed with D.S. Alliance have been logged with the Ukrainian company.

The agreement has been signed by D.A. Perugudov on behalf of Ukrinmarsh and by Lee Thian Su on behalf of DS Alliance.

The investigation team has uncovered that the agreement was fraudulently drafted and registered with Ukrinmarsh.

According to the agreement the sum paid by DS Alliance to Ukrinmarsh amounts to 7.83 million US dollars.

However, the Sri Lanka Air Force had paid Belimissa Holdings a total of 15.66 million US dollars.

Thereby, investigators believe a sum of 6.83 million US dollars may have been defrauded through this deal.

Who profited from this transaction?

The FCID has sought permission from the court to interrogate Ukrainian nationals D.A. Perugudov and Mykola Kuldyakriv and Singaporean nationals Lee Thian Su and Ng Lee Kim Su to uncover more details on the deal. 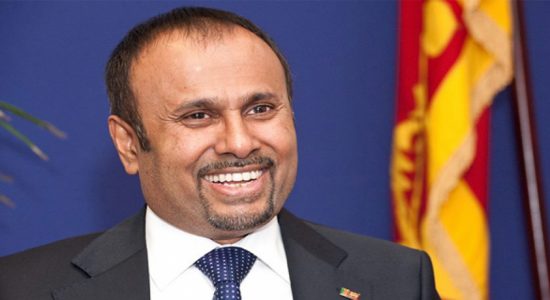 Current status of the investigations and suspects