Trade unions warn that water tariffs could rise in the near future due to irregularities in the implementation of projects of the National Water Supply and Drainage Board, and as a result of handing over the task of purifying water to the private sector.

Making statement at a media briefing convened, the Water Supply and Drainage Employees’ Union General Secretary Engineer Upali Ratnayake pointed out that when commercial loans are obtained for the supply of common facilities as this, the interest rate climbs to around 8% to 14% so these projects are being implemented by obtaining loans from local banks at such high interest rates.

“This is the reason why an announcement has been that there should be a hike in water tariffs”, he said

According to the trade unions, the actual cause behind this hike is the arbitrary and weak financial procedure which is followed. Moreover, the Water Supply and Drainage Board has fallen into a more severe crisis, they charged.

“Measures are in place for initiation of a water purification plant to be established in Weliwita”, said Mr.Ratnayake who explained that what was proposed was the water which is produced here will be given to the Water Board for Rs.35 per unit which would mean the price would be Rs 50 to Rs 60

“So when this is purchased for 35 rupees, it will obviously come to around 50 to 60 rupees. Then the question is, at  how much will it sold to the people? What happens through this system is a clear hike in water tariffs”, questioned the General Secretary. 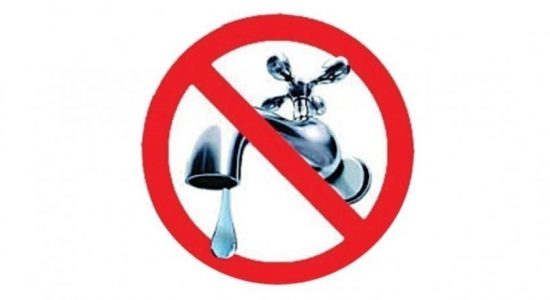