The JVP and the Joint Opposition have taken a firm stand against the move to hand over the Hambantota Port to a Chinese firm.

While echoing concerns, they urge the agreement should not be signed.

A primary agreement has already been reached over handing over the Hambantota Port to China Merchants Port Holdings Company Limited.

The agreement bears the signatures to the Ministries of Finance, Ports and Shipping and Development Strategies and International Trade.

The final agreement will be reached in the coming days.

“….The government is gearing up to sign the agreement vesting the Hambantota Port to China Merchants Port Holdings Company Limited on the 08th of January. As a political party we have requested the President to suspend the signing of this agreement..

..For 15 years it would be tax-free. For those 15 years, no payment would be made for the 20% owned by the state for services provided by the port. The estimate is around 13,000 million USD. What has taken place? The former administration looted from the construction. The existing administrations is looting from the sale. This is what is happening…”.

“…The Prime Minister made a promise to parliament that nothing would be done without consulting the observation working committee..

What is happening now? Former Speaker Chamal Rajapaksa is the Chairman of the committee related to ports. It is with responsibility that we say that this committee was not even convened once. Chamal Rajapaksa has called for the committee to convene before this agreement is reached. Is this the policy of the Licchavi administration?…”.

“…There was a discussion at Temple Trees last evening (Jan. 02) and the Ports Authority was threatened there.

..We request His Excellency the President Maithripala Sirisena to put a stop to this..

..The monks have issued a proclamation. The rulers of this country cannot go against that…”. 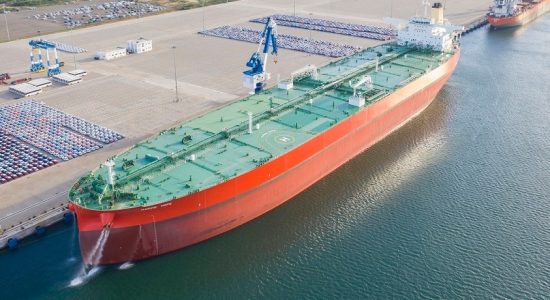