Upon reaching the Bengaluru International Airport, President Sirisena arrived in Goa aboard a special aircraft.

President Maithripala Sirisena was received by Minister of State for External Affairs of India, M.J. Akbar and was accorded a guard of honour by the Indian tri-forces.

The president attended the summit upon a special invitation extended by Indian Prime Minister Narendra Modi. During the meeting between the leaders of the two countries in Goa today, Prime Minister Modi had said that President Sirisena’s participation at the summit gives great strength to the region.

While noting that Sri Lanka has a significant role in the SAARC region, Prime Minister Narendra Modi said that he invites Sri Lanka for a deep relationship beyond the agreements and regulations.

President Maithripala Sirisena who recalled the assistance given to Sri Lanka by India at times of difficulty, said that the Indian Premier’s invitation for the BRICS Outreach Summit strengthens the relationship between the two nations.

Issuing a communique, the President’s Media Division said that while commending Sri Lanka’s democratic transition, Minister Aung San Suu Kyi had expressed her willingness to donate an elephant calf to the Temple of the Sacred Tooth Relic in Kandy.

FM chairs 17th Session of the Ministerial Meeting of BIMSTEC 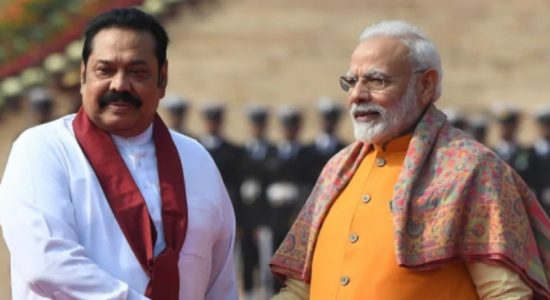 Proposal for SAARC to join in fighting Coronavirus