In a backdrop where the Central Bank bond scam created a huge public outcry, details of another controversial transaction that resulted in the country suffering billions of losses has come to light. A petition was lodged with the Supreme Court regarding this transaction pertaining to the awarding of tenders to purchase coal, that incurred a loss of approximately Rs.1.2 billion to the country.

Though the application was dismissed citing technical reasons, the Supreme Court said that the transaction “Shocked the conscience of the Court”.

When the application for the petition was dismissed,  the court stated that the actions of the Secretary to the Ministry Power and Energy Suren Batagoda “Shocked the conscience” of the Court.Even though the three-member bench of the Supreme Court, headed by Chief Justice K Sri Pavan, dismissed the case – it forwarded two directives stating that the ‘credibility and the faith’ of the people in the judiciary must be maintained.

One directive stated that the contract reached with the company in question “may be terminated.” It also said that fresh bids be called, in terms of the law for the supply of coal, in keeping with the competitive bidding procedures.

Noble Resources International Pte Limited, filed a fundamental rights petition at the Supreme Court citing that their fundamental rights were violated when a tender was awarded to another Singaporean Company.The tender was awarded to Swiss Singapore Overseas Enterprises Pte, when Noble Resources had provided the bids in 2015 in accordance with the provisions of the bid documents.

The petition has listed the complete cabinet of ministers, The Secretary to the Ministry of Power and Energy and the Standing Cabinet Appointed Procurement Committee as respondents. Noble Resources International Pte Limited has produced bids for 1.064 million metric tonnes of Coal in accordance with the provisions of the Cabinet Appointed Procurement Committee in April 2015.

The bids were considered by the Standing Cabinet Appointed Procurement Committee (SCAPC) and the Technical Evaluation Committee (TEC).

Noble Resources International Pte Limited, in its petition, goes on to say that the conditions of the tender have been revised after the bids were produced. The company has informed the Supreme Court that Swiss Singapore Overseas Enterprises Pte has made a written request regarding the matter.

The loss incurred as a result of this transaction is approximately 8.3 Million USD or 1.2 billion rupees.

Attorney-at-Law Maithri Gunaratne the chairman of the Lanka Coal Company stated that the Audtior General has already asked for an explanation regarding the matter from the company.

Maithri Gunaratne added that the Company will seek a clarification from the supreme court regarding its directions.

When contacted by News1st, the Chairman of the Standing Cabinet Appointed Procurement Committee G.S. Withanage stated that he cannot comment on the matter.

Meanwhile, Consultant for the Anti Corruption Front, Keerthi Tennakone charged that this is the” biggest fraud of this government second only to the Bond Scam.”

Speaking on the Supreme Court decision that was given out two weeks ago regarding this issue, Keerthi Tennakone pointed out that the decision notes that there is the use of force regarding the awarding of this coal tender and power has been used externally for other purposes as well.

He added that there were five state officials in the cabinet-appointed Procurement Committee one such person is the Secretary to the Ministry of Power and Energy Suren Batagoda. There are a number of state officials including Mr. Vithanage.

“I will not mention the names of everyone”,he said

He  stated that when such a decision is given and when the cabinet has been misled when the executive president of the country, the prime minister and everyone has been misled, the respective ministry has a responsibility to take action against such state officials according to the establishment code. In other words the Ministry of Public Administration has a responsibility.

He further questioned if the Ministry of Public Administration unaware of the decision handed down by the court regarding the second biggest scam that took place under this government. 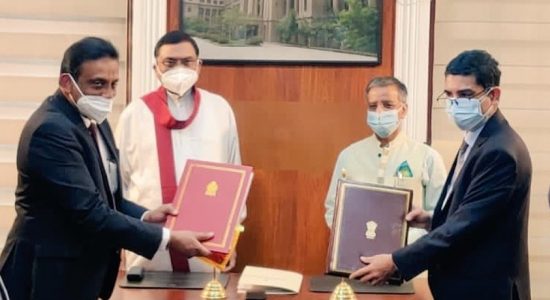 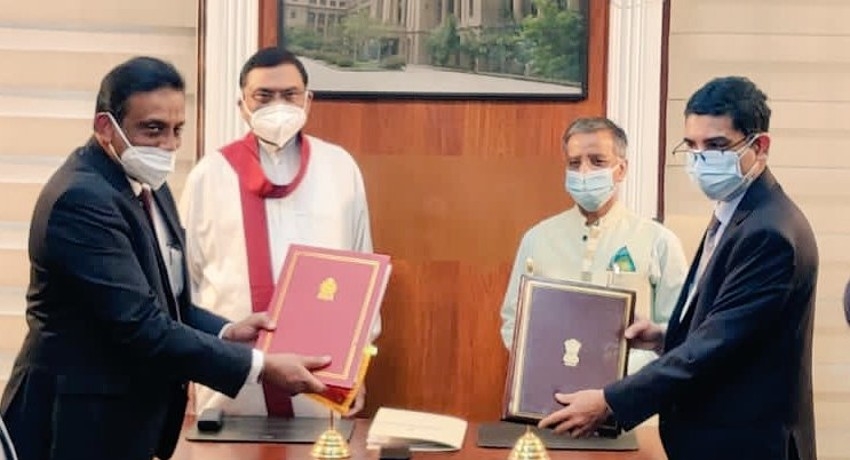