Following the Good Governance Government being elected to power, the programme of providing free material for school uniforms to students took a new turn.

“There is a mafia in operation,” said the Minister of Education, Akila Viraj Kariyawasam and explained that Rs.1.3 billion reached the students and one billion was given to the middlemen or the businessmen and they used if for commissions.

However, this process was criticised following the issues that arose over certain practical implementations.Teachers unions, principal unions and even the parents themselves were against this process.

The validity period of a voucher was only until December 31. However, following several issues being raised, that period was extended twice. It was said that the issuing of these vouchers to purchase school uniform material would end after the holidays of the third term. However, the process is yet to be completed.

The Minister of Education noted that a day will be announced called the “school uniform day” and on that day all the uniforms will be inspected. “And then everyone will have to wear this uniform and all students will wear a new uniform.”

Secretary of the Ceylon Teachers Union, Joseph Stalin noted that some schools have not received the vouchers as yet “and this clearly shows that the process was a failure.But if the school uniform material was provided there will be no issue,” he pointed out.

He further noted that the Minister said that when Rs.2300 million  was allocated for  uniforms, he saved Rs.900 million but what it meant was that the school uniforms had been curtailed – and at present substandard material had been given to the student.

“This is a joke, The question is, was a minister appointed to make jokes?” he said asked and  further called for a process to provide uniform material for the students for the next year. 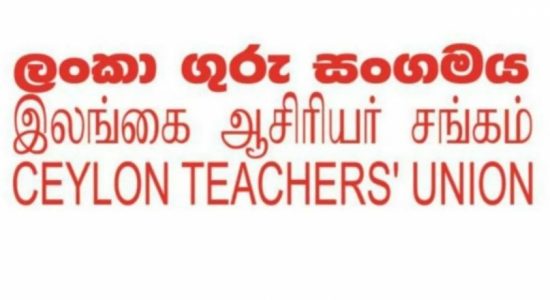