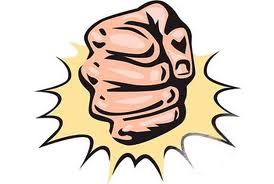 As England managed to pull off victory over Fiji at the Rugby World Cup 2015 opener, weekend filled with fascinating fixtures sparked the tournament into life.

The first round produced high passion, breathtaking rugby and stunning results. Following is a run-down.

We did not have to wait too long for a surprise in Pool C as Georgia grafted to a famous success over Tonga, who had come into this tournament on the back of a solid Pacific Nations Cup campaign and seemed capable of reaching a quarter-final.

That coup feels a long way away now after they were simply tackled into submission. Georgia suffocated their opponents, snuffing out their attacking verve by racking up a phenomenal tally of 185 challenges, missing just 16.

Inspirational Mamuka Gorgodze appeared to be a man possessed and was responsible for 24 of those tackles as well as a try. Georgia charmed Kingsholm and stay there to face Argentina on Friday.

In the wake of two underwhelming warm-up defeats, the real Ireland stood up. Guided by a Jonathan Sexton masterclass, Joe Schmidt’s side matched ambition with aptitude and razor-sharp skills.

Seven tries resulted, with Iain Henderson offering prodigious power in the loose and Keith Earls showing spark and strength out wide. Canada kept coming, and looked capable of troubling Italy up in Leeds this weekend, but only managed a DTH van der Merwe score.

Well, this was simply the most seismic outcome in Test match history – nothing less. Two-time world champions South Africa were ambushed by a team that brought a fast-paced, technically sound performance to Brighton.

Personified by skipper Michael Leitch and 95-cap lock Hitoshi Ono, Japan were exceptional. They went blow-for-blow with the Springboks and found themselves within striking distance after a superb strike move saw full back Ayumu Goromaru, who also kicked 19 points, scorch over.

A Handre Pollard penalty hauled South Africa back to 32-29 up, but Eddie Jones’ outfit would not be denied. In fact, the door was battered down. Opting for a scrum from a late penalty, Japan turned down a chance to land a draw. They went for history. And the glory of a maiden World Cup win, sealed by a try out from Karne Hesketh, will last forever.

The rugby planet was still in a state of profound shock when Les Bleus and the Azzurri began their Pool D tie at Twickenham. It would have taken something special to steal column inches from Japan. In truth, a dour encounter meant there was never any danger of that, either.

France secured victory without ever advancing past second gear, although Louis Picamoles maintained the abrasive form he showed against England this summer by trucking through 14 carries for 73 metres while props Rabah Slimani and Nicolas Mas dotted down.

On Sunday at high noon, the south coast staged another compelling tussle between two Pacific Nations Cup teams. A 55-metre attack from USA, instigated by Toulon leviathan Samu Manoa and finished off by Saracens stalwart Chris Wyles, sat among the most eye-catching scores of the weekend.

However, it was Samoa – driven by the fleet-footed brilliance of Tim Nanai-Williams and the brute force of Alesana Tuilagi – that prevailed. Pool B is already set up for a topsy-turvy trajectory, so this win was vital.

After quarter of an hour at the Millennium Stadium, Uruguay’s band of amateurs were leading 6-0. Cardiff was not quite getting twitchy, but there was an air of concern in the air.

As it was, the superior class and conditioning of Warren Gatland’s men told in the end and seven tries landed the bonus-point win that was the overbearing aim. However, seven new injuries ensured a Sunday evening headache.

Cory Allen’s match – which comprised of a hat-trick and then a torn hamstring that has subsequently ruled him out of the tournament – summed it all up. Of course, wounded Wales will be relishing a Twickenham trip with their backs to the wall.

As Argentina ground out a 16-12 advantage and the clock crept over the 50-minute mark, it appeared as though the weekend would end with a loss for the reigning world champions.

But the All Blacks are comfortable in adversity. Despite yellow cards for Conrad Smith and Richie McCaw – the third of his 144-Test career – Steve Hansen’s side won out.

Two well-worked tries for Aaron Smith and Sam Cane within the space of 10 minutes cast a typically gritty Pumas effort aside and began the All Blacks title defence on the right note.