Isn’t it wise for us to work together with them now? – Deputy Speaker Thilanga Sumathipala

Isn’t it wise for us to work together with them now? – Deputy Speaker Thilanga Sumathipala

Deputy Speaker Thilanga Sumathipala, on Wednesday, called on the Chief Prelates in Kandy after paying homage to the Sacred Tooth Relic.

The Deputy Speaker first visited the Sacred Temple of the Tooth Relic and then called on the Chief Prelate of the Malwathu Chapter of the Siam Sect, the Most Venerable Thibbatuwawe Sri Sumangala Thera.

These things must be done together and both of you have governed intermittently for several years and many say that nothing has come of it. And now that you are both together, you can correct this by doing something.

Sumathipala then called on the Chief Prelate of the Asgiri Chapter, the Most Venerale Galagama Sri Aththadassi Thera.

The Opposition Leader has not been appointed and it was mentioned in the newspaper today that it would be good if Sampanthan was appointed Opposition Leader and there must be harmony between the communities because we must live together with everyone.

Deputy Speaker,Thilanga Sumathipala noted that even those who were connected to the LTTE contested the election and were defeated and the people there too are not thinking on extremist lines anymore. So reverend, isn’t it wise for us to work together with them now?

Deputy Speaker,Thilanga Sumathipala stated to the media that there has been a delay of 7 to 8 days, because the people have not experienced such a situation before and on the other hand, no party has received a majority and that the national government will receive the approval of parliament tomorrow;  and the cabinet will certainly be sworn in the day after. 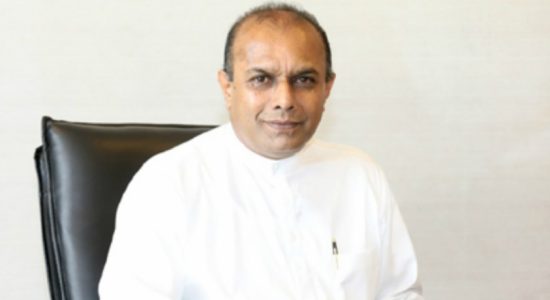