Battle to secure women’s rights cannot be won unless attitudes are transformed: CBK

Battle to secure women’s rights cannot be won unless attitudes are transformed: CBK

‘The battle to secure women’s rights cannot be won unless attitudes are transformed’, these sentiments were expressed by former President Chandrika Bandaranaike Kumaratunge, at an event held in Colombo on Saturday.

Speaking at the event, Former President Chandrika Banadaranaike stated that the women representation in Parliament in the local bodies is not 50 percent; in Sri Lanka the situation in absolutely putrid and this is the country that produced the world’s first female Prime Minister.

Also speaking at the event, Minister Rosy Senanayake, attributed the increase in crimes of violence against women and children, to a failure to criminalise the criminals.

She stated that from the year 2012 – 2014 violence against women and children had increased by 20 percent. And the reason being that the state has failed to criminalise the criminals. It was sad to know that even though the reported cases are 75,000 women and children the number of perpetrators who are at this point of time serving the sentence is only 713. It is time for us to take severe action with regard to criminalizing this criminals and not letting them get off the hook.

Globally previously only 22 percent of all national parliamentarians are female; which is a slow increase from 11 percent since 1995 over the last 20 years period. Only two out of 10 women have served as head of state and 14 have served as head of government. There are 38 countries in which women account for less than 10 percent of parliamentarians in the higher or lower houses. Even if the present rate of increase women’s representation continues as compared to previous decades we are still a long way from reaching the parity zone 40-60% of women representation.

An event titled Celebrating Women: Towards an inclusive Political Culture was held at the BMICH.

The event organized by International Alert Sri Lanka in collaboration with The South Asia Policy and Research Institute, was graced by several distinguished guests including government representatives, women’s organisations and media. 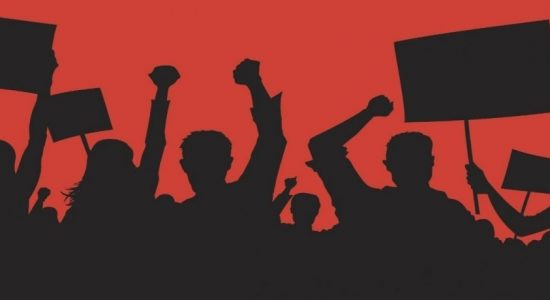 Podihami: Abandoned by the sons she gave birth to… ...