A forum on post war challenges was held in Colombo on Saturday with the participation of members of the legal community.

At the event, Secretary  Ministry of Defence and Urban Development, Gotabaya Rajapaksa expressed the following views:

“Even the appointing of army commanders was a challenge for us. I was the one who recommended the names of Wasantha Karannagoda, Sarath Fonseka and Roshan Gunathilake to the President. They were my contemporaries. I knew their capabilities. There were several armed organisations in addition to the LTTE. But these groups supported various governments at different times. ”

He added: “These include Karuna’s group, Pillayan’s group, Minister Douglas Devananda’s group and Dishanthan’s  PLOTE group. We were made to evict these groups by force at times. That was an important decision. If they had kept their arms, then the Chief Minister today would not be Wigneswaran, it would’ve been someone else. Terrorism back then was so severe that people did not see these other happenings.  When we established the regime, we enforced the law as well, and when we seized drug hauls, these people began falling. In the future they will not even be mentioned.” 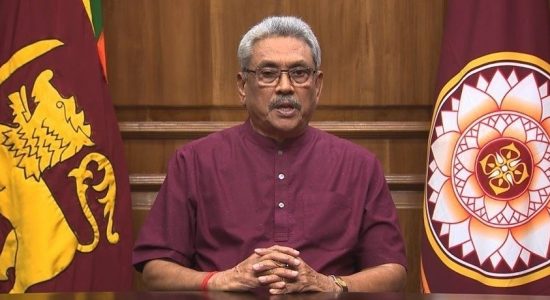