In just the second rematch of his 18-year career, the 37-year-old American emerged as a comfortable winner on all three judges’ scorecards.

During the eighth round, Mayweather accused Maidana of biting him on the wrist, a charge the Argentine denied.

The incident happened while the pair were in a clinch near the centre of the ring during their feisty encounter.

“We were tangled and I didn’t realise what it was,” said Mayweather. “Then I saw that he bit me. After the eighth round my fingers were numb, I couldn’t use my left hand.”

Two judges scored the 12-round contest 116-111 and the third had it 115-112 for the champion, who was a heavy favourite coming into the bout after winning their first fight by a majority decision in May.

Another flashpoint came when the American tagged the Argentine with a low blow late in the bout then taunted him as he recovered in a neutral corner.

Maidana, 31, who appears unlikely to get a third rematch with Mayweather, left convinced he had done more than enough to win. 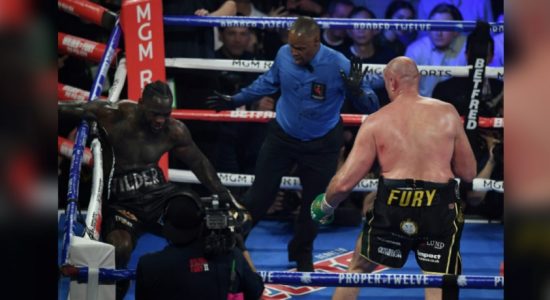 ‘Slumdog’ Tyson laments lack of personalities in the game

Tyson laments lack of personalities in the game