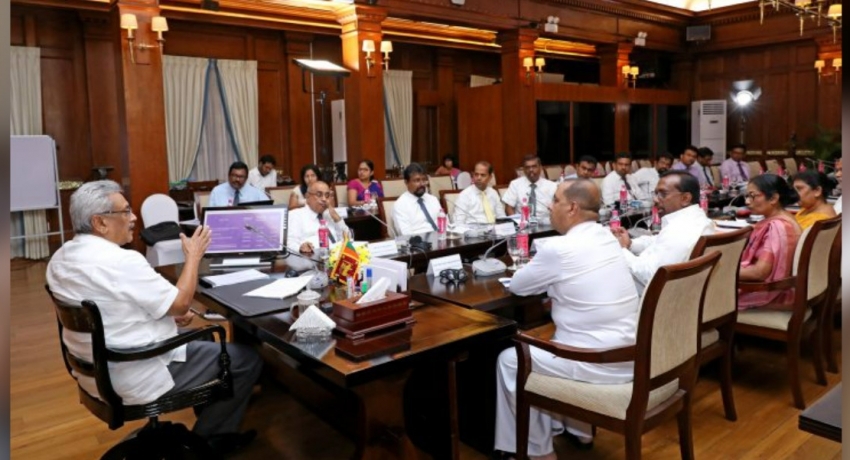 Second interim report on 4/21 attack handed over to President

Second interim report on 4/21 attack handed over to President

Colombo (News 1st) – The second interim report of the Presidential Commission of Inquiry appointed to probe Easter Sunday attacks was handed over to President Gotabaya Rajapaksa at the Presidential Secretariat today.

The first interim report was handed over on the 20th of December this year.

The Commission was appointed by the former President Maithripala Sirisena on the 22nd of September last year to investigate the series of attacks that took place on Easter Sunday, and to recommend necessary actions.

The final report will be compiled following further investigations.

The Chairman of the Commission Court of Appeal Judge, Janak de Silva and other members Court of Appeal Judge, Nishshanka Bandula Karunarathna, Retired High Court Judges Nihal Sunil Rajapaksa and A.L. Bandula Kumara Atapattu, former Secretary of the Ministry of Justice, W.M.M.R. Adikari and the Secretary of the Commission, H.M.P.B. Herath were also present when the report was handed over to the President.