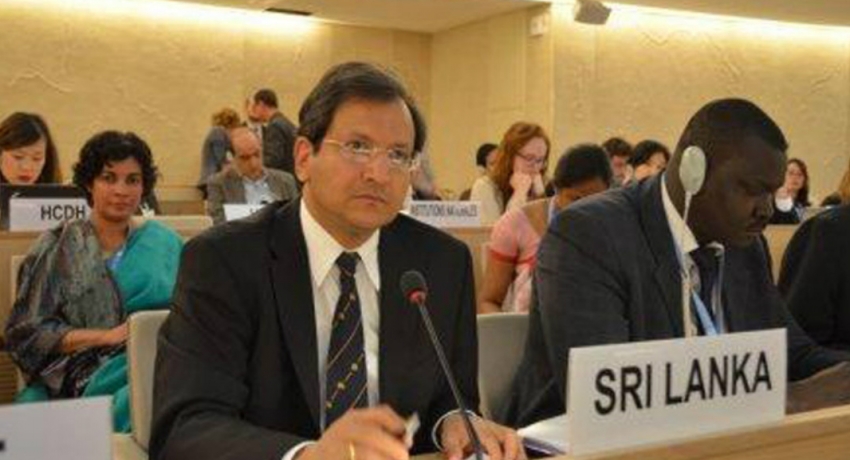 Colombo (News 1st): Foreign Secretary Ravinath Aryasinha has welcomed the proposal for the re-admission of the Maldives to the Commonwealth, reiterating that Sri Lanka fully supports the fast track procedure to allow the Maldives to participate fully at CHOGM 2020 in Rwanda.

He made this observation at the Commonwealth Foreign Affairs Ministers Meeting held in New York on the sidelines of the 74th Session of the United Nations General Assembly. The Maldives applied to rejoin the Commonwealth on June 12, 2019.

Meanwhile, Sri Lanka and Ukraine, enhancing tourism and trade relations between the two countries, have entered into an agreement on visa exemption for their nationals holding diplomatic, service or official passports.

Secretary of Foreign Affairs Ravinatha Aryasinha and Vadym Prystaiko, Minister of Foreign Affairs of Ukraine signed the “Agreement on Visa Exemption for the Nationals holding Diplomatic, Service or Official Passports” at the United Nations Headquarters in New York on 26th September 2019.