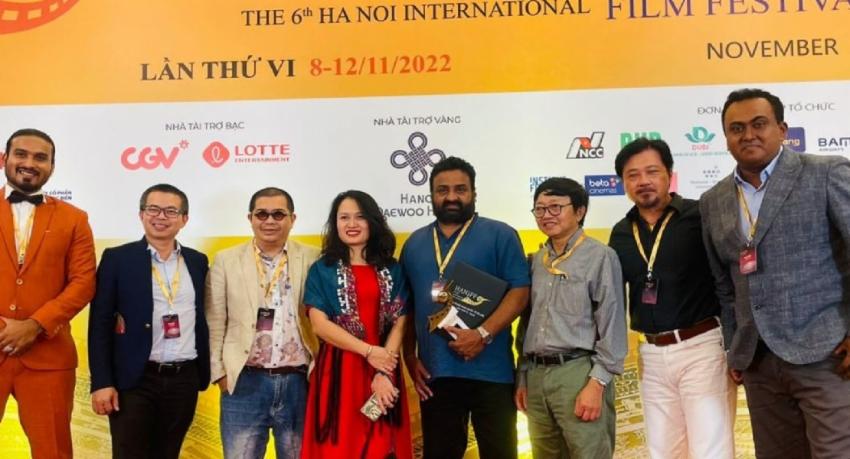 Veteran actor Darshan Dharmaraj, who passed away recently, was among the actors who received the award.

Aruna Jayawardena, the director of the film, received the award on their behalf.

123 films from 50 countries were submitted to the Hanoi  International Film Awards held in Vietnam for the sixth time this year.