Speaking to reporters at the Official Residence of the Speaker, Mahinda Yapa Abeywardena said as per Article 38 (1) of the constitution he received the letter of resignation of President Gotabaya Rajapaksa.

“Gotabaya Rajapaksa has stepped down legally from his post from the 14th of July 2022,” he said adding that the constitutional process to elect a new President will commence from this moment.

Until the process is complete, the duties and functions of the President will be discharged by the Prime Minister as per the provisions of the constitution.

The Speaker said the election of the new President will take place as per the provisions of the Presidential Elections (Special Provisions) Act (No. 2 of 1981) and Article 40 of the constitution of Sri Lanka.

The Speaker has appealed to all party leaders, state officials, and security forces to support this process.

He also appealed to the general public to allow all MPs to function independently and create a peaceful environment to do so so that they can follow the proper democratic parliamentary procedure.

He said within seven days all responsible officials will be involved in completing the process, and Parliament will convene on 16th July 2022. 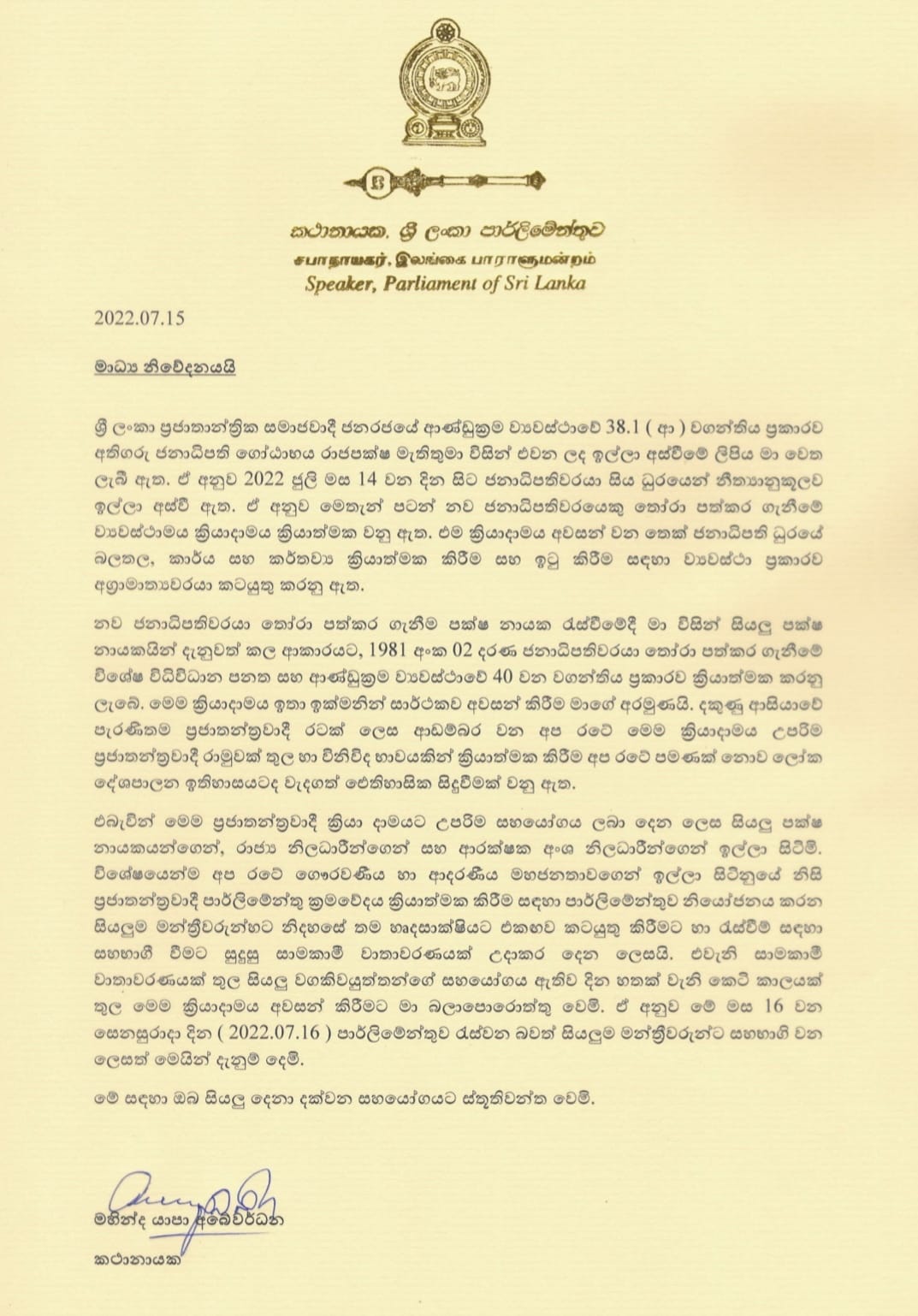