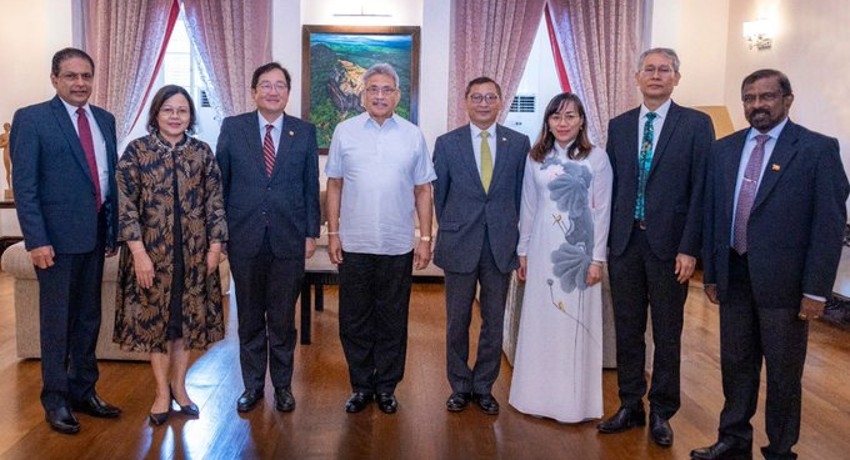 COLOMBO (News 1st); Ambassadors and High Commissioners from the Southeast Asia region called on President Gotabaya Rajapaksa. The meeting was held at the President’s House in Colombo last afternoon (22).

President Rajapaksa commended the Southeast Asian countries for their support and assistance to Sri Lanka in its efforts to overcome the current economic crisis.

President Rajapaksa briefed the Heads of Missions regarding several sectors, including the tourism promotion between Sri Lanka and countries in the region, investment opportunities, development of the agricultural sector as well as education sector.

There was also a lengthy discussion on the goods and materials that Sri Lanka could export to countries in the Southeast Asian region.