In a tweet, the Minister said that the licenses of four Fuel stations have been suspended by CPC last night for holding stocks without distributing and dispensing to Cans and Barrels ignoring the guidelines and regulations. 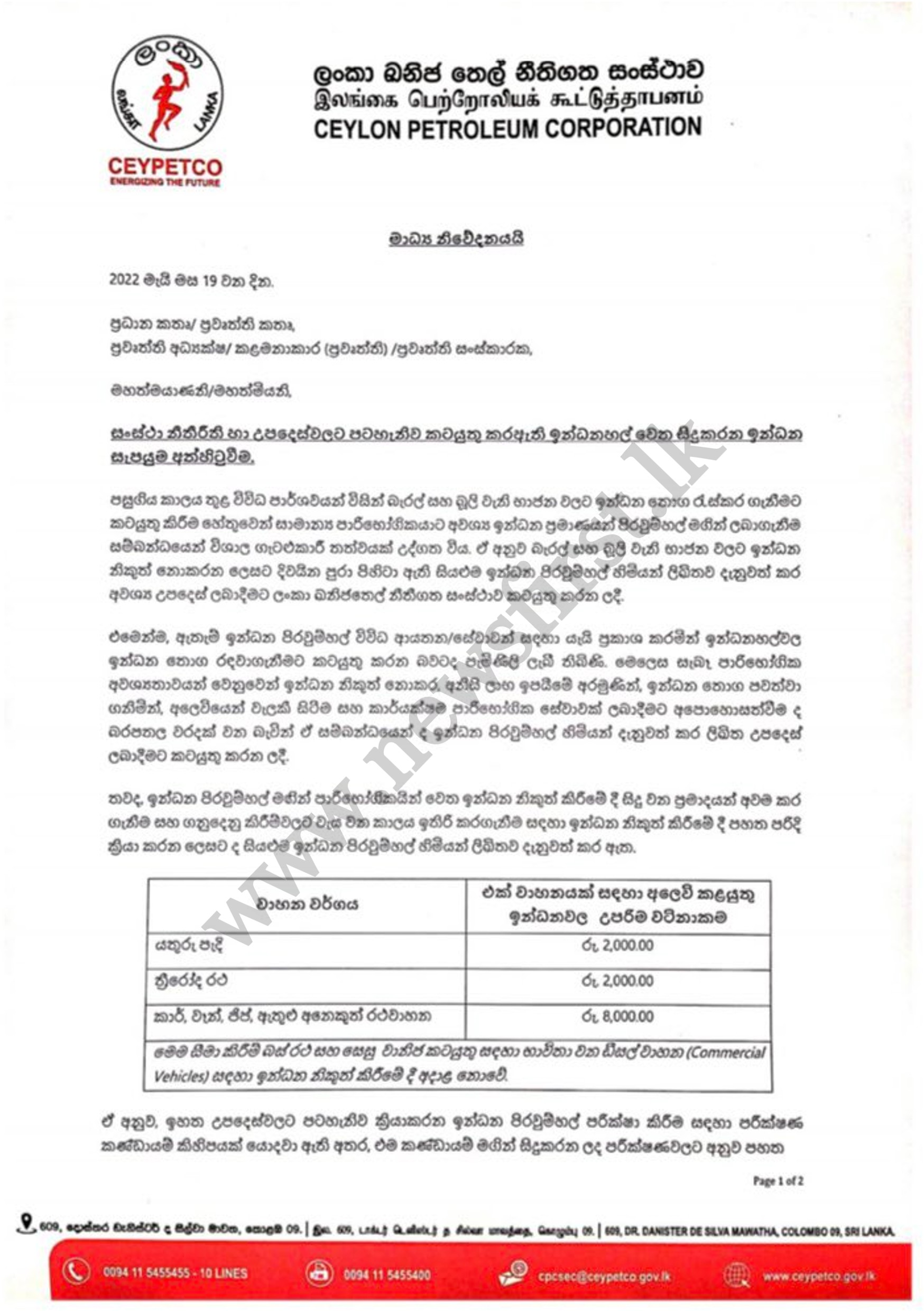