COLOMBO (News 1st); Reports on a planned LTTE attack on 18th May will be duly investigated and steps have been taken to strengthen security, the Ministry of Defence states in connection with reports published on media with regard to the revival of LTTE.

Indian Newspapers have published a report quoting Indian intelligence that the LTTE was planning to launch an attack on Sri Lanka on May 18th.

Moreover, action will be taken to inform the Sri Lankan Government with regard to any further information as well.

However, due to this information and all information received by the intelligence and security forces in connection with national security, due investigations will be carried out and the relevant security forces have been informed to take further steps to strengthen the security, Defence Ministry added. 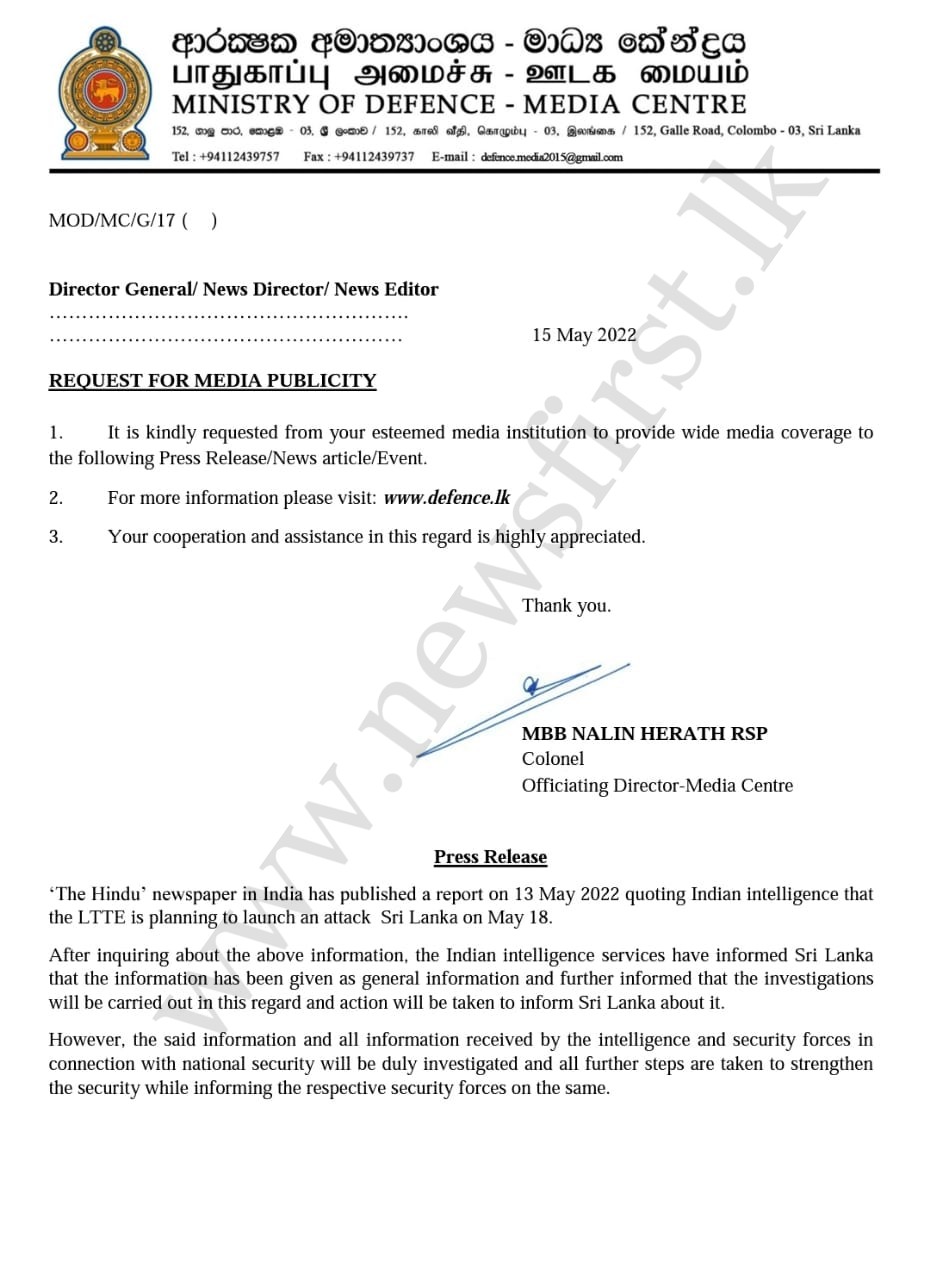