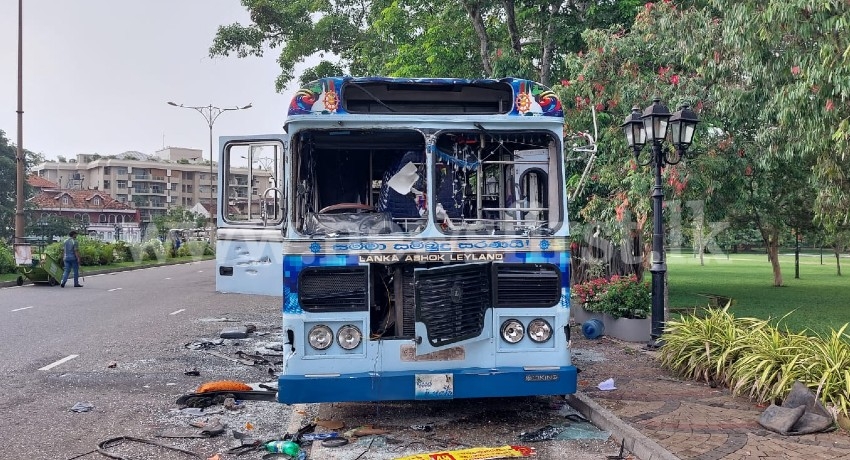 COLOMBO (News 1st); Several vehicles including buses were torched on Monday (9) after peaceful protestors were attacked by pro-government supporters. Most of these vehicles were those that transported SLPP supporters for a meeting at Temple Trees. 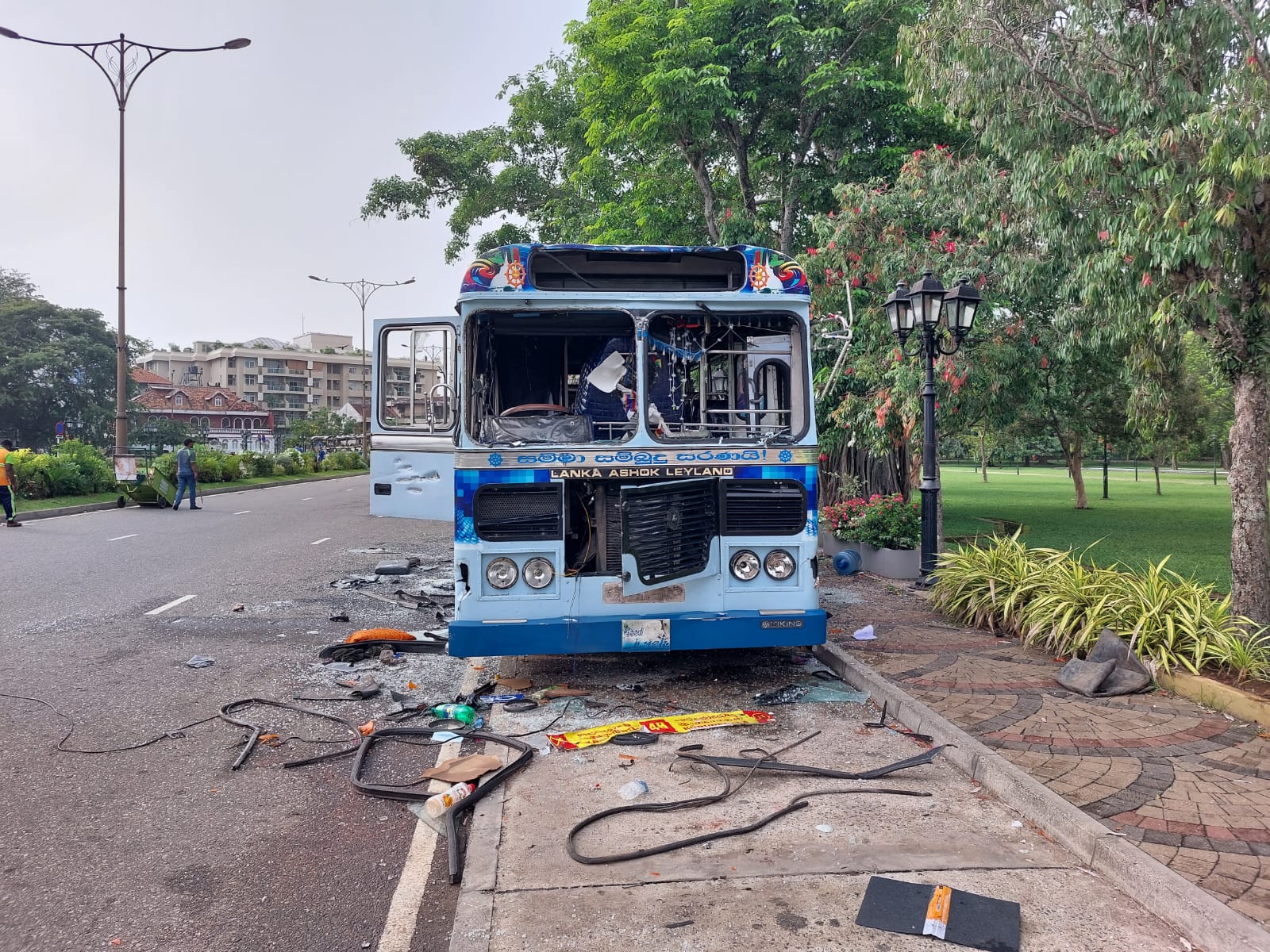 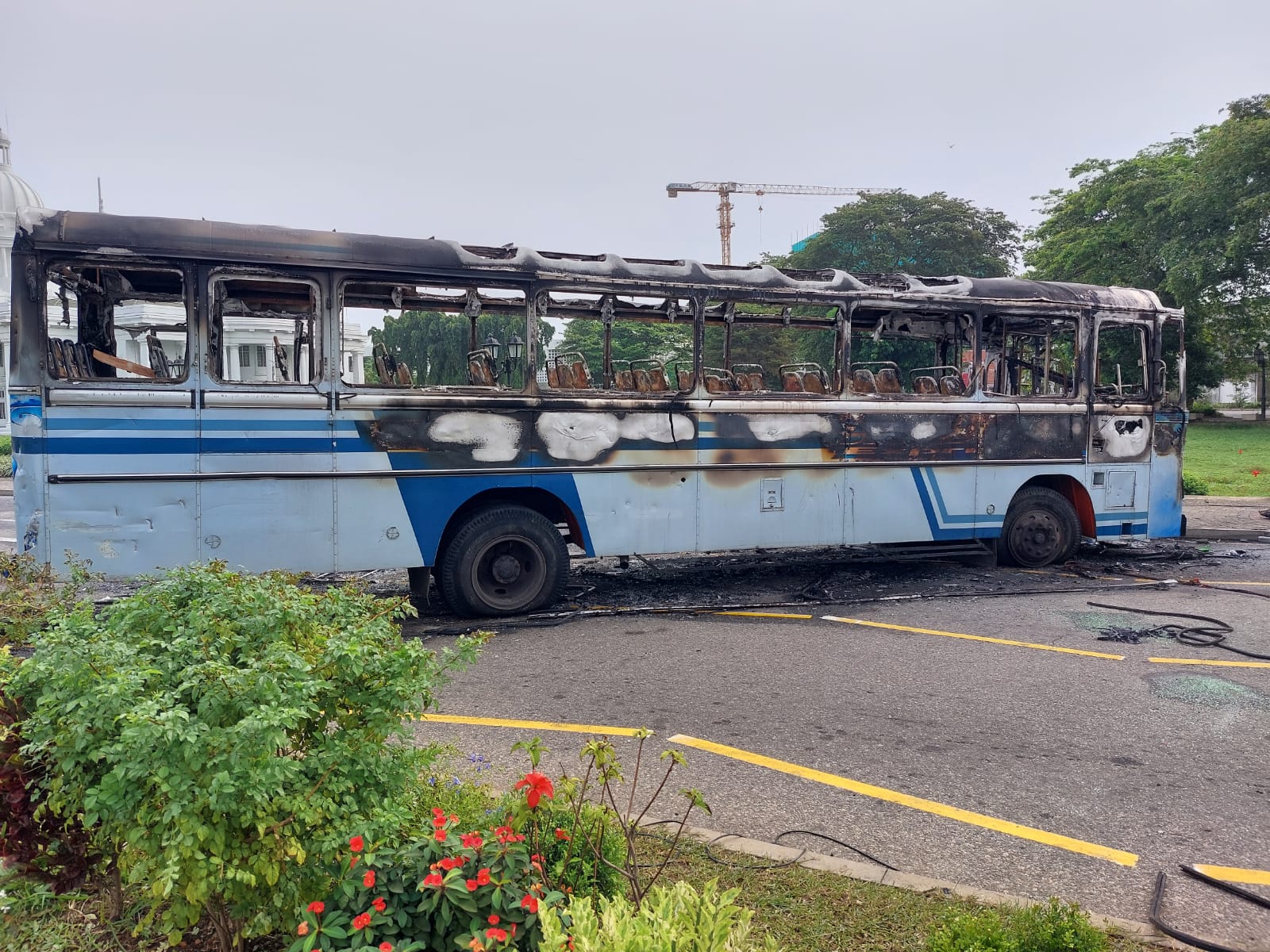 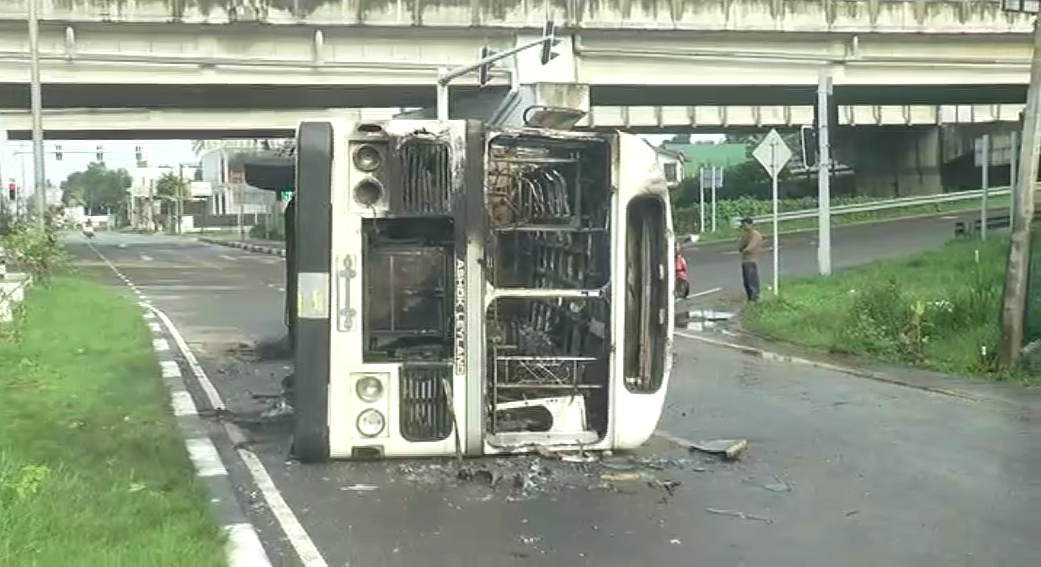 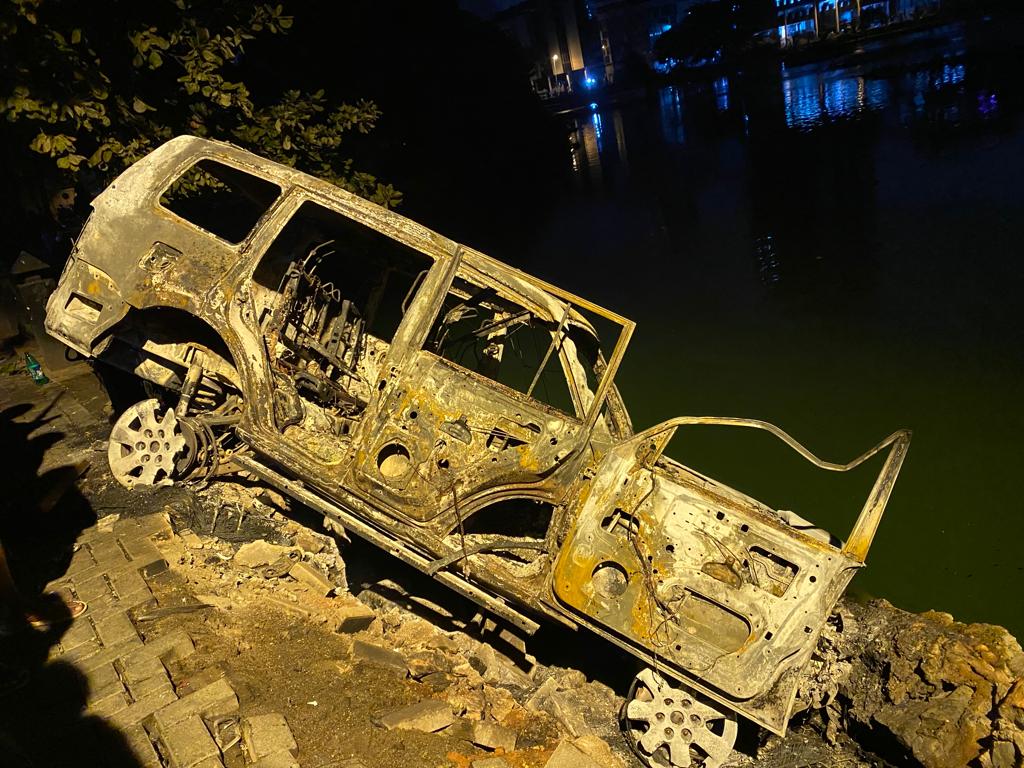 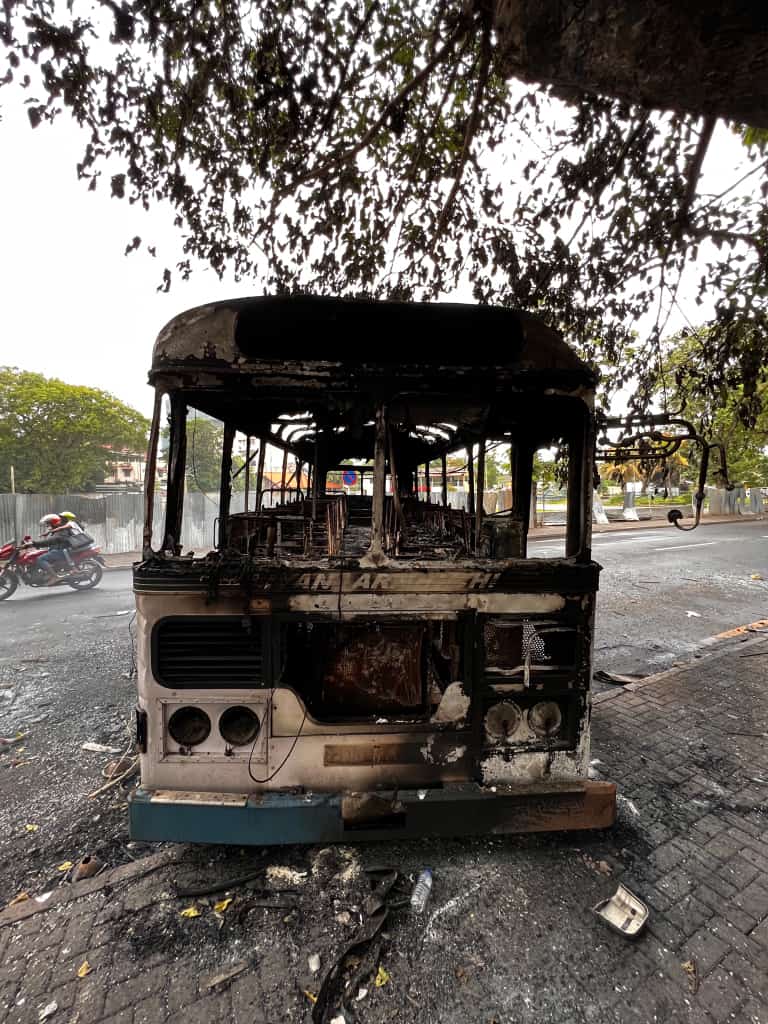 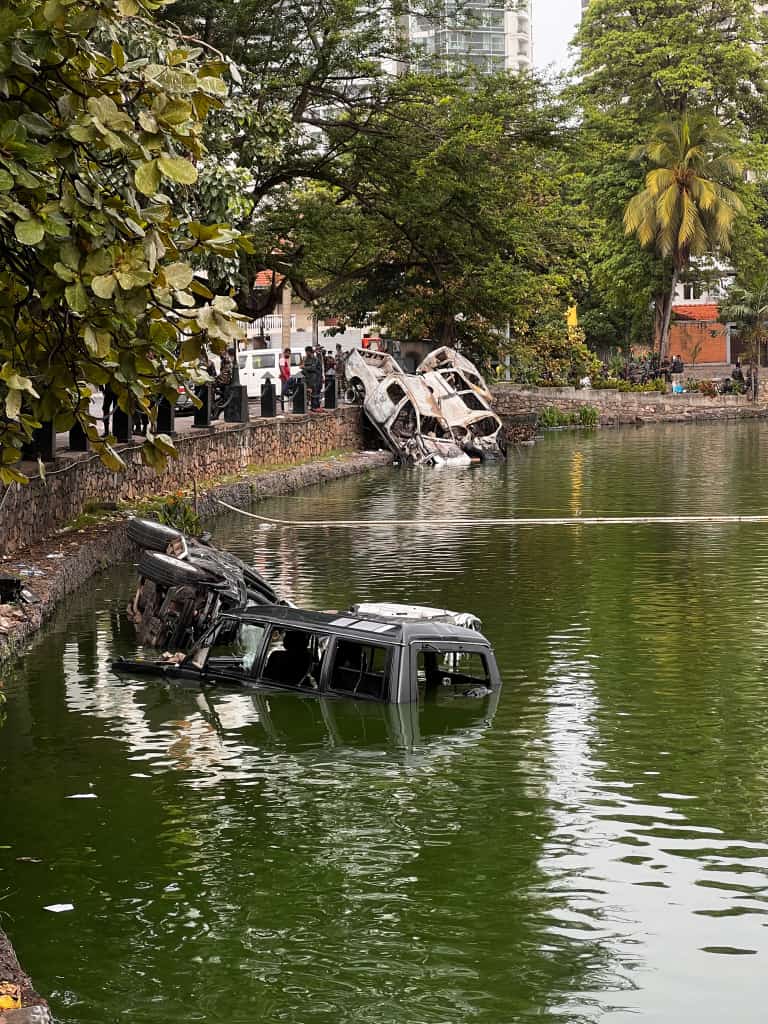 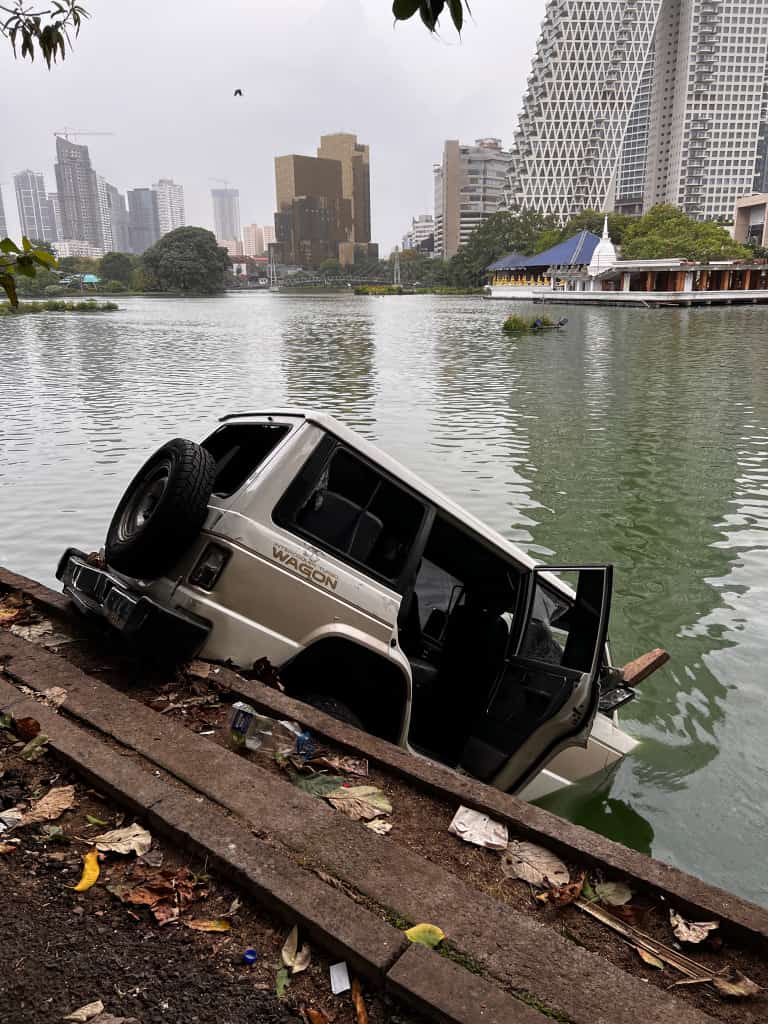 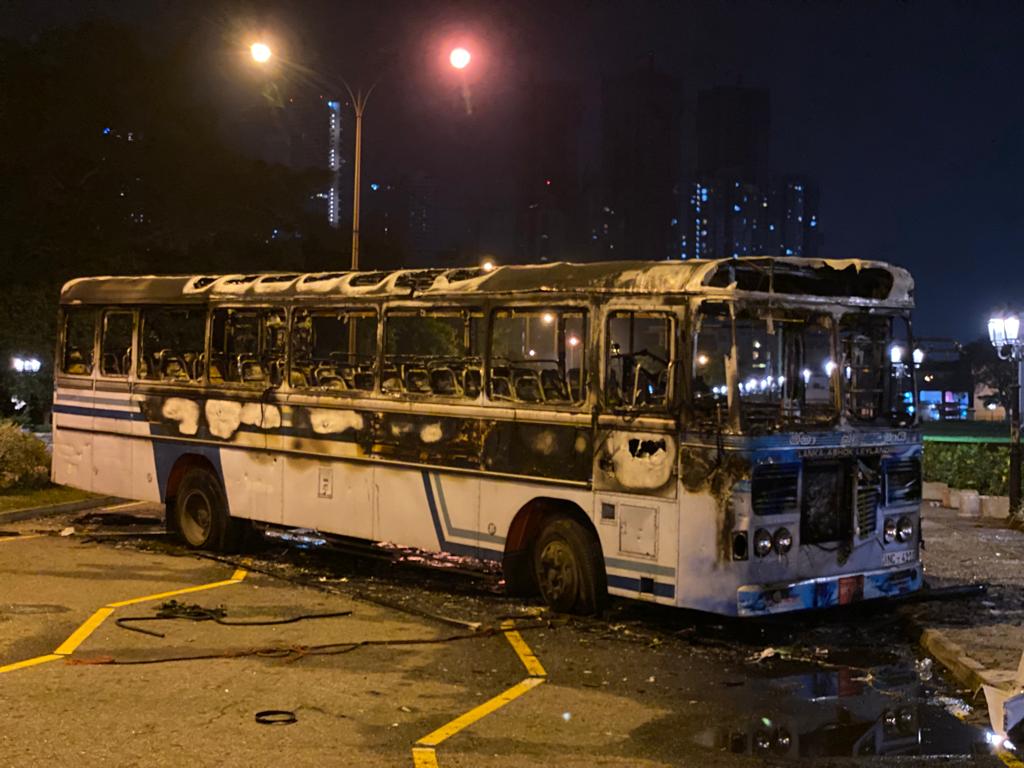