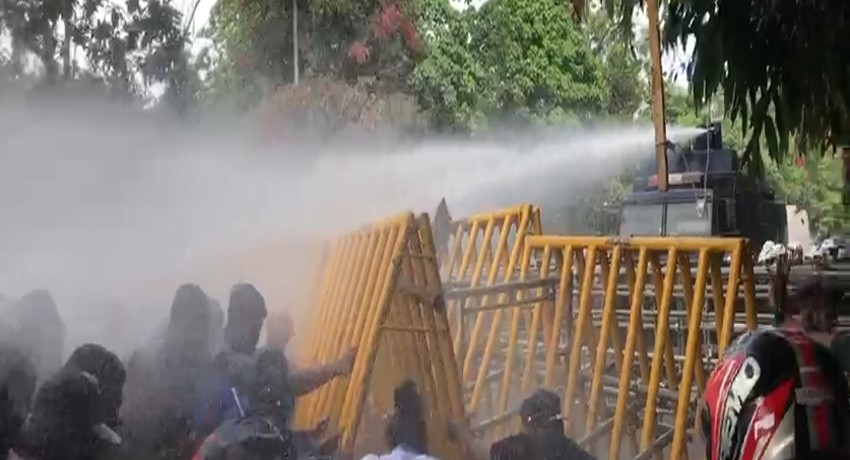 Despite being fired upon, the protestors managed to break down the first line of barricades set up by Sri Lanka Police to prevent them from reaching the Parliament.

The protesting university students joined by hundreds of other Sri Lankans continued to march forward despite being fired with water cannons and tear gas.

News 1st Vindana Prasad Karunaratne who was at the protest site said the protestors managed to breakdown the second barricade forcing the police to retreat back to the third barricade.

After the police ran out of water to fire from the water cannon trucks, the protestors moved forward to the next barricade and continued their protest.