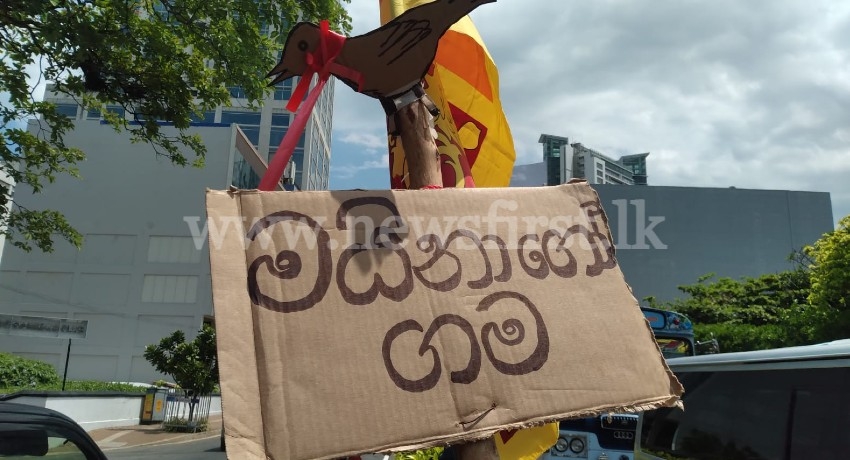 COLOMBO (News 1st); An argument had broken out between a group of Sri Lankans protesting opposite Temple Trees and Sri Lanka Police on Friday (29) morning.

The exchange of words had taken place when police officers attempted to remove the placards that were placed on the police buses parked on the pavement on either side of Temple Trees, at the protest site now know as MynaGoGama.

One person was reportedly injured in the altercation and he was rushed to hospital.