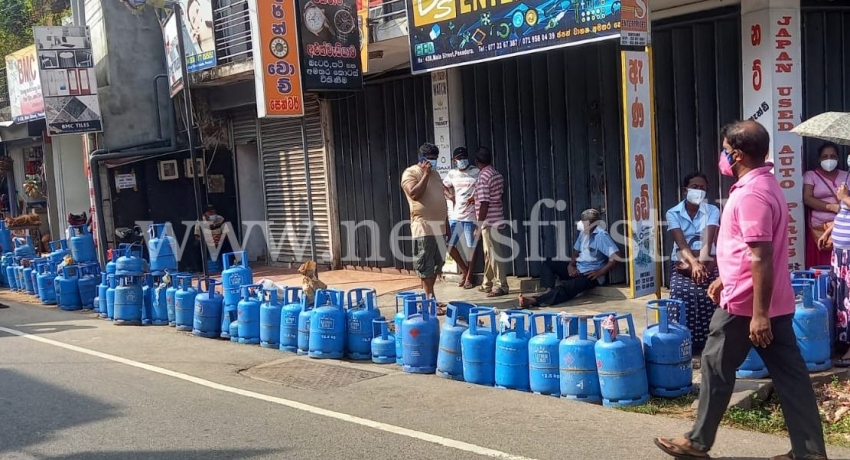 COLOMBO (News 1st); Long queues for gas were seen in many areas today.

Public organized a protest at the Baddegama Town out of frustration for not receiving gas during the last three days, and the demonstration was held by blocking the Galle – Baddegama Main road near the Clock Tower.

A local speaking to News 1st stated that as many are daily wage earners, they have been in queue for three days to purchase gas.

The protesters dispersed after the police intervened and assured that gas would be sold tomorrow.

Meanwhile, the shortage of cooking gas led to tensions in Kantale today (10), when a protest was held demanding opposite the Agrabodhi College in Kantale along the Colombo – Trincomalee main road.

The protesters dispersed after the police intervened and assured that gas would be sold today (10).

The distribution of gas took place with the intervention of the police at many places, while another protest was organized about half a kilometer from the location demanding for cooking gas.

The protesters called off the demonstration after the police assured that gas will be sold.