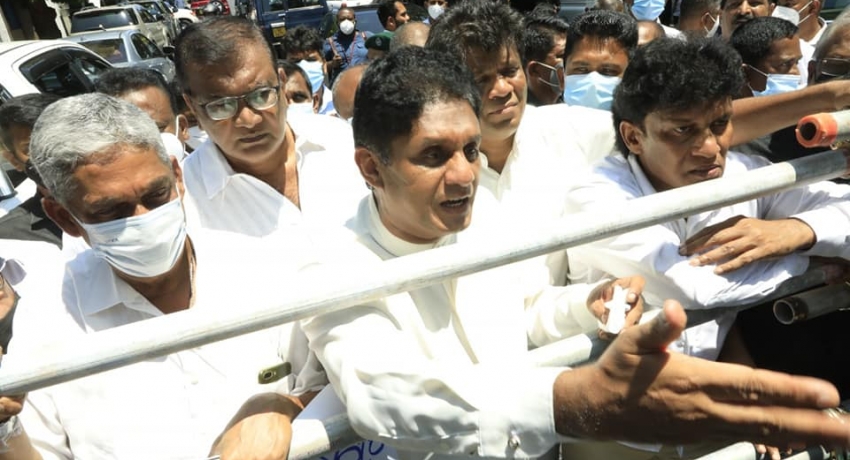 However, the protest march was obstructed by police barricades that were set up around Independence Square, Colombo.

A heavy security detail was also deployed to the vicinity.

However, the protestors including SJB Parliamentarians continued to protest in the presence of the police and military personnel.

“You are supposed to protect the people and the not government,” Sajith Premadasa told police officers who were manning the barricade.

“We are causing any damage to public or private property. We are here to protest peacefully. All those present with me are the MPs. You, the law enforcement, are bound to the mandate of the people and you cannot suppress it,” said the Opposition Leader, adding that he respects the police and military, and has no intention to threaten them.

SJB MP Patali Champika Ranawaka warned the police officers that obstructing the movement of any MP would land them in jail for five years and that the actions of the police is a violation of the constitution. 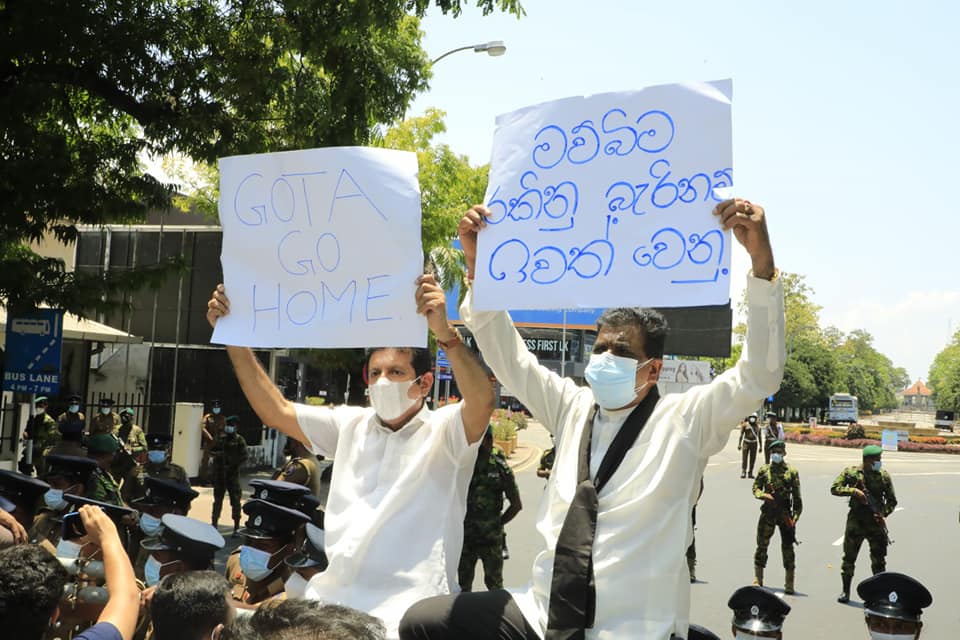 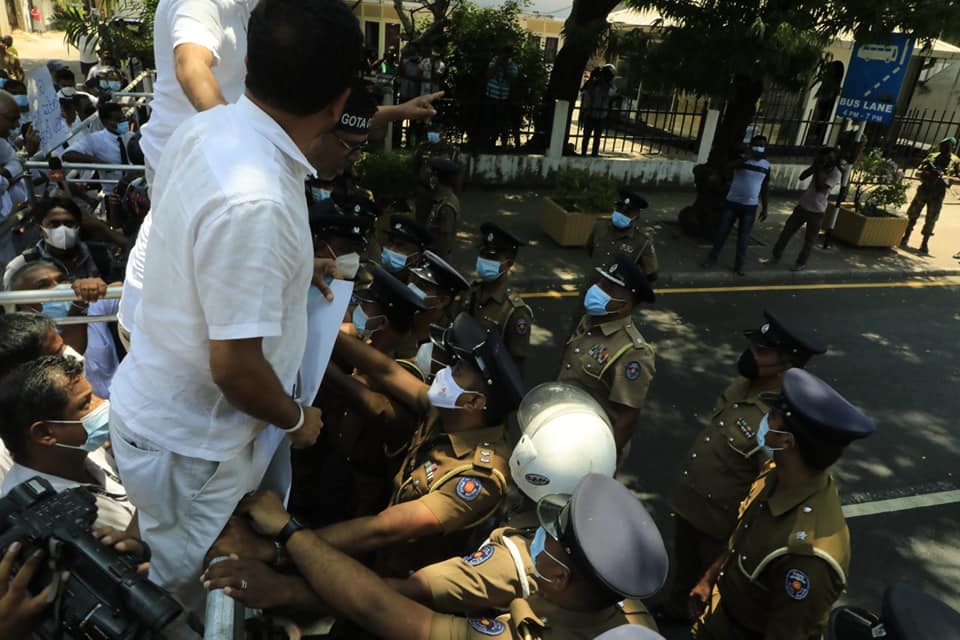 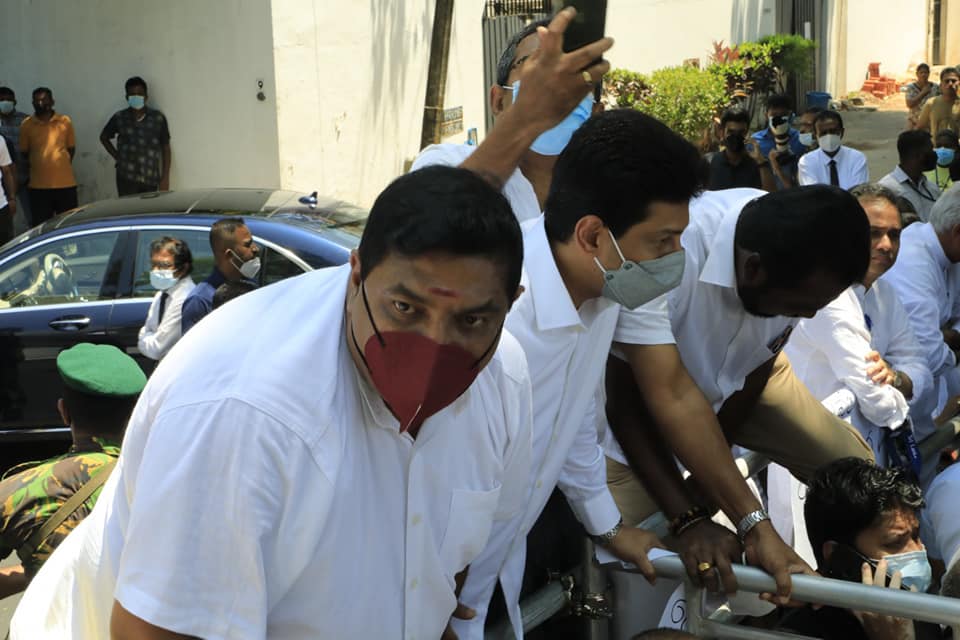 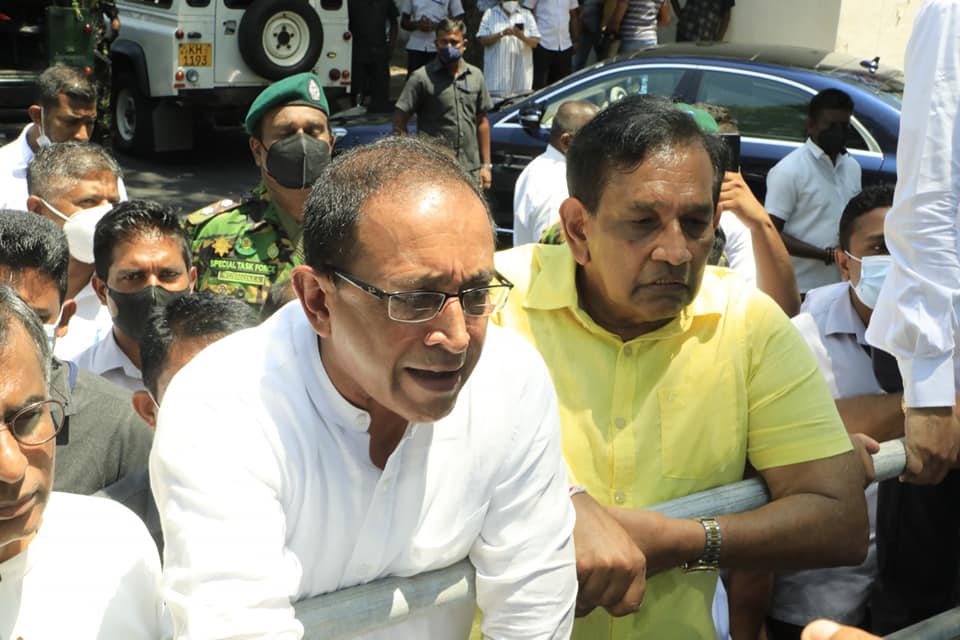 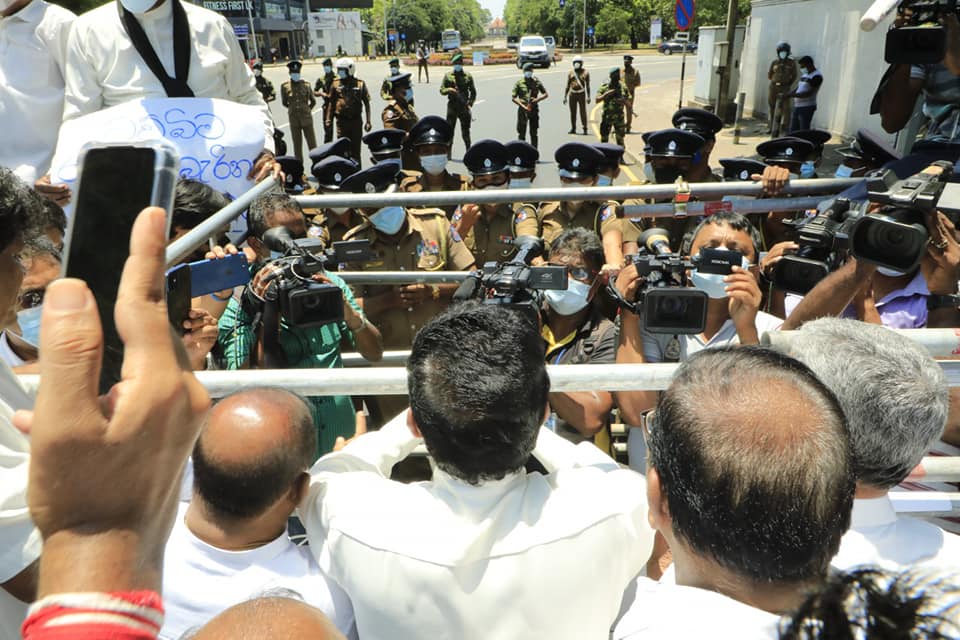 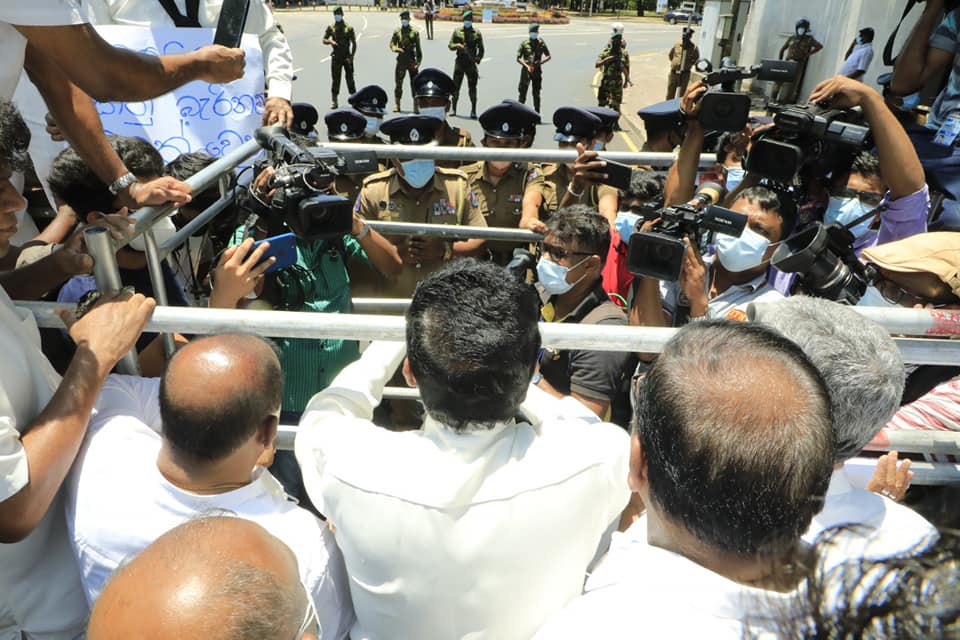 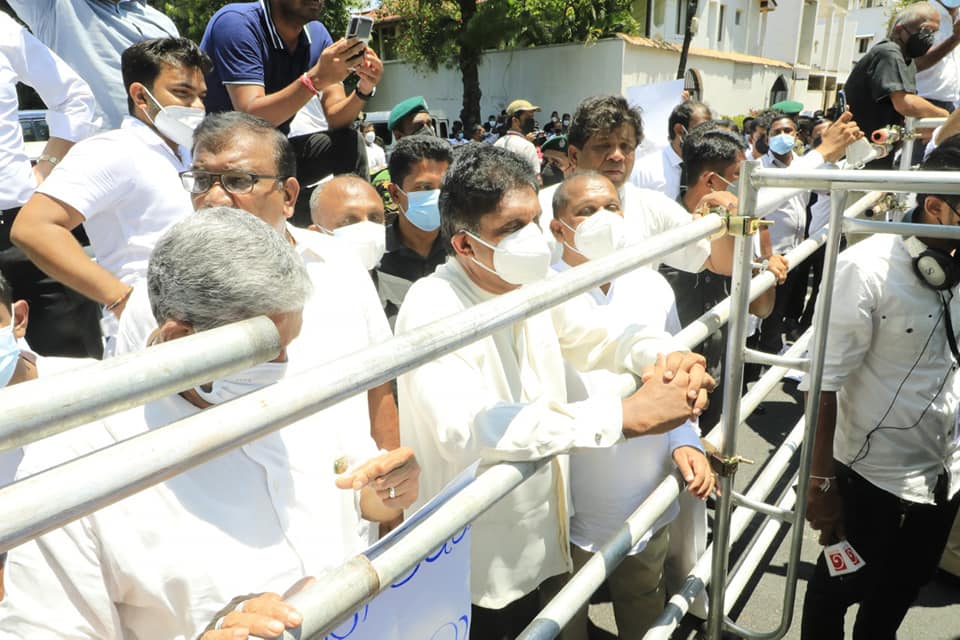 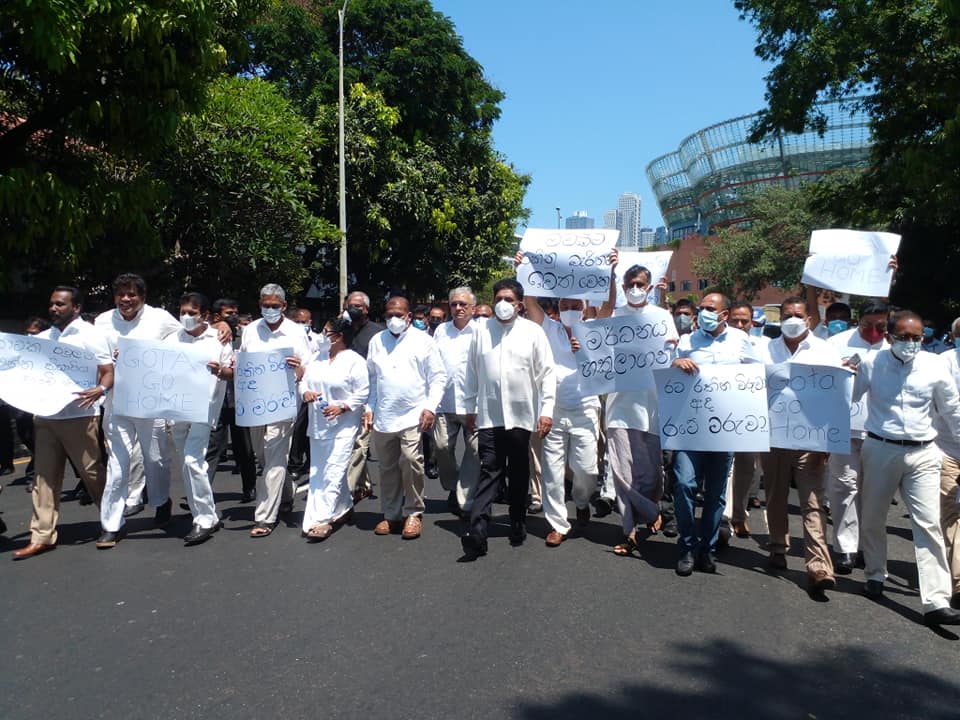 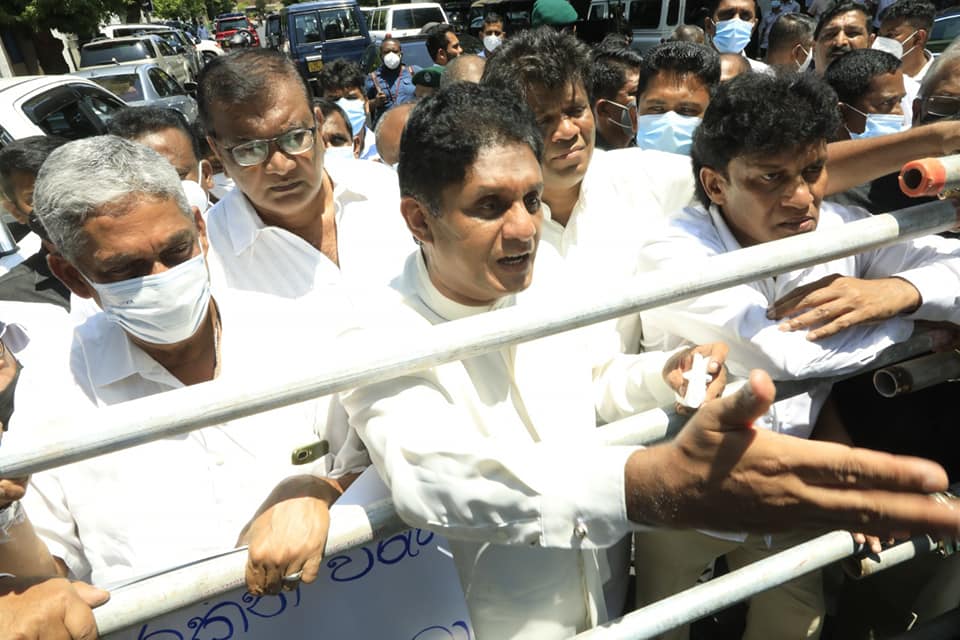