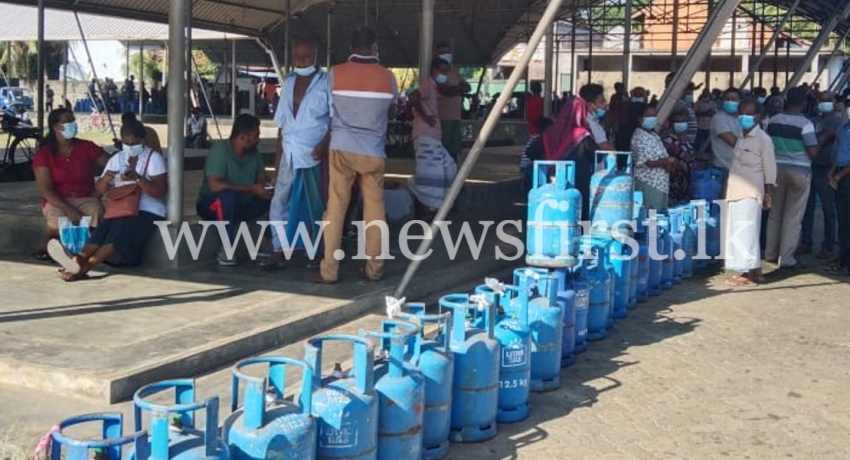 COLOMBO (News 1st); Sri Lankan authorities are yet to address the shortage of gas in the country, as thousands wait in line for gas at distribution centers.

People in Balapitiya have been waiting for gas for days.

Due to the non-arrival of a gas lorry on Thursday (30) too, the group engaged in a protest blocking the Galle-Colombo main road at Balapitiya.

However, a lorry with gas reached the Ambalangoda town, and thereafter the distribution of gas took place amidst Police security.

People in Badulla have been waiting in long queues since Thursday (30) morning to buy gas and the crowd became uneasy as the Police tried to set up queues.

The people of Hikkaduwa also waited in long queues to obtain gas.

Many people alleged the government mismanagement led to the economy, the money looted and sent overseas must be brought back as a measure to solve the crisis.