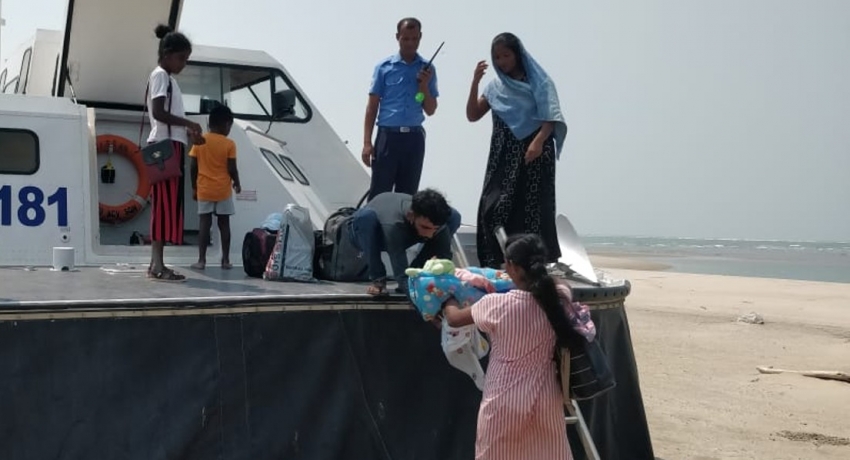 COLOMBO (News 1st); The Indian Coast Guard rescued six Sri Lankan nationals, including three children, who were stranded on the fourth island off the coast of Rameswaram in Tamil Nadu today (22).

Preliminary investigations have revealed that the Sri Lankans, including two women, three children and one man were traveling from Mannar to India in a boat illegally.

The Sri Lankans stated that commodity prices in Sri Lanka has increased, while her husband was rendered helpless, therefore they contacted a group who claimed that they will be taken from Sri Lanka to Tamil Nadu from a boat.

A boatman dropped them on the fourth island off Arichalmunnai, which is under the control of the Indian Coast Guard.

The suspects said they had paid the boatman around Rs 50,000 for the journey, and added that many people were waiting to sail to India in boats.

They are to be produced before court on charges of illegal immigration.