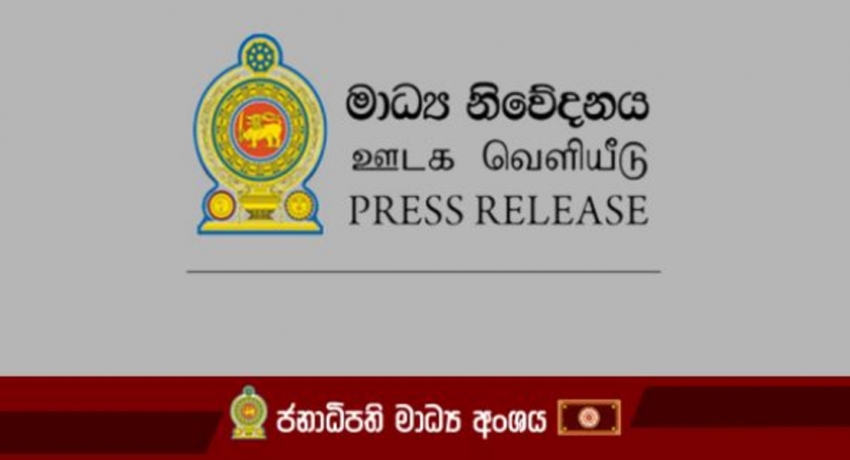 COLOMBO (News 1st); The Presidential Media Division says that although several MPs representing the Eastern Province are currently engaged in a protest outside the Presidential Secretariat, they have not been informed of any visit to meet with the President previously.

Several Parliamentarians, including MP M.A. Sumanthiran, Shanakiyan Rasamanickam, C.V. Wigneswaran, and several others were seen protesting in front of the Presidential Secretariat demanding to meet the President.

However, the PMD stated that this incident can be seen as a conspiracy to embarrass the Government in view of the upcoming UNHRC sessions in Geneva.

Meanwhile, MP Rasamanickam stated that security forces attempted to stifle dissent in Sri Lanka, when they were engaged in the protest.

Perfect example of how Secuirty forces try to stifle dissent in Sri Lanka. If MPs have to experience this you can only imagine what ordinary civilians have to deal with. pic.twitter.com/TyfJCfWZvK