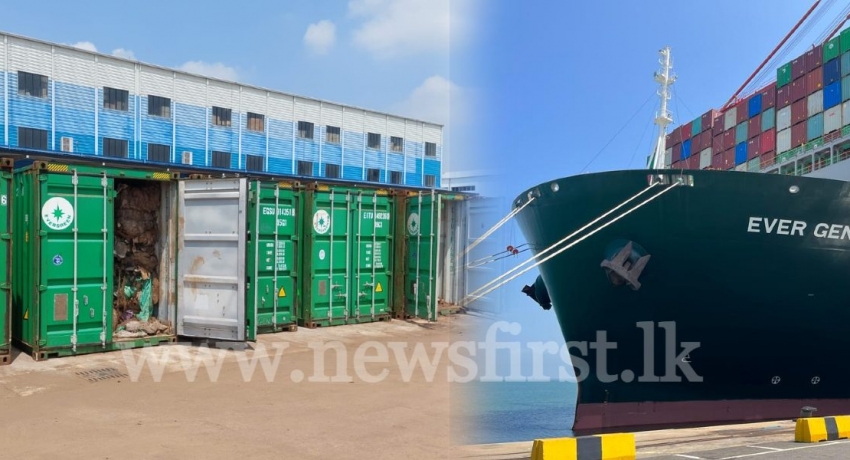 COLOMBO (News 1st); Sri Lanka Customs on Monday (21) took steps to repatriate the last 45 containers out of 263 containers containing garbage that arrived from Britain, which has been the subject of much controversy in the recent past.

The containers were shipped back to Britain on Monday (21) by the vessel Ever Genius, which arrived at the CICT terminal in the Colombo Port yesterday. The ship is scheduled to leave the Port of Colombo around 8.00 pm tonight.

In 2019, an investigation by the Social Protection Division of the Sri Lanka Customs found 263 containers containing clinical waste, used cushions and mattresses, plastic waste and unsorted and hazardous waste imported into the country from Britain. It was revealed that 133 containers had been deposited at the Port of Colombo and the remaining 130 containers had already been cleared from the port and stored at the premises of a private company operating under the Board of Investment (BOI) in Katunayake.

According to the customs investigation, the containers were imported contrary to the provisions of the international convention known as the Basel Convention and in violation of the provisions of the National Environmental Act and the Customs Ordinance. During the Customs investigation, the Center for Environmental Justice filed a case in the Court of Appeal. As a result of that case, the Court of Appeal issued an order that the 263 containers be repatriated to Britain with immediate effect.

The Ministry of Environment and the Central Environmental Authority provided great support to Sri Lanka Customs from the outset to make the repatriation of these containers a success.
Sri Lanka Customs will take further action under the provisions of the Customs Ordinance against individuals and institutions involved in this illegal activity. 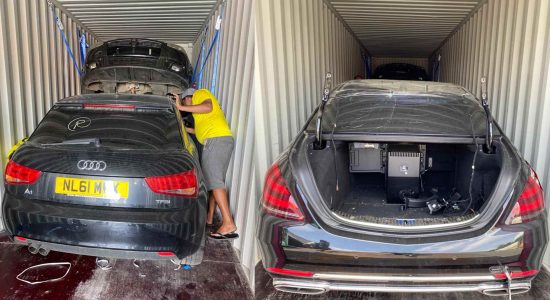