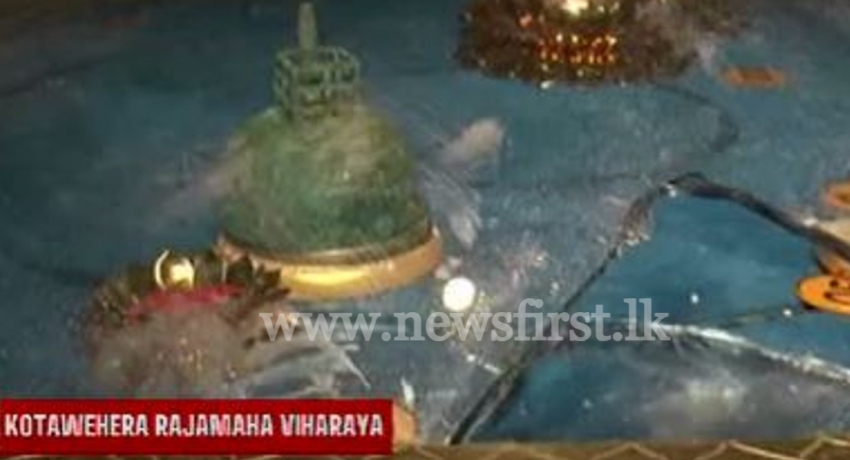 COLOMBO (News 1st): Several artifacts that were stolen from a temple in Rambukkana on Saturday (12) are yet to be recovered.

This has prompted calls for more protection to be given to Sri Lanka’s artifacts.

Five ancient gold caskets and three crystal caskets that were stolen from the Kotavehera Raja Maha Viharaya in Rambukkana were looted on Saturday (12).

He has requested those involved in the theft to return the artifacts considering their value.

“We believe that these caskets might have been brought to Sri Lanka during the period of Arahat Mahinda,” he told News 1st.

The department of archaeology said carbon dating tests carried out on the casket discovered in 1956 have revealed that it dates back to 250 BC.

The officer in charge of the Rambukkana Police Station can be notified about any leads on 071 859 14 19.

Police said, the CCTV cameras at the room in which the caskets were stored had been inactive for three months, and that the other security cameras are also not working.

The Dayaka Sabha says one stolen casket which is a replica of the “Great Sanchi Stupa” in India, had been stored in a glass case about two and a half years ago.