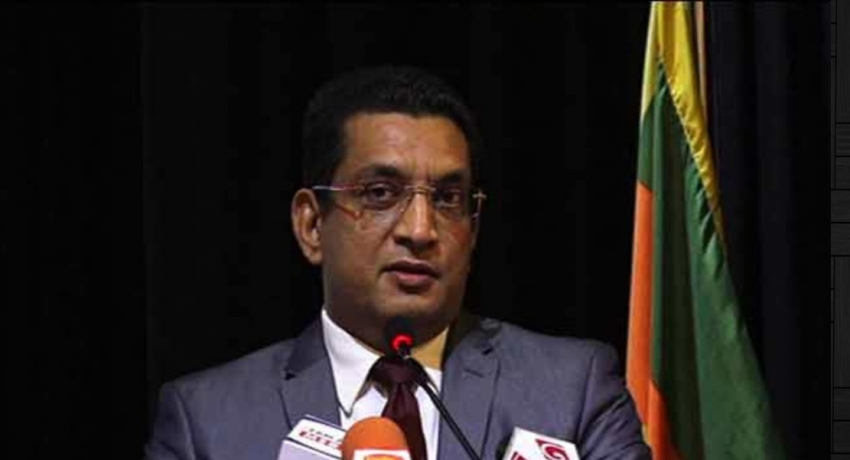 COLOMBO (News 1st); ‘I often hope to go back to the legal profession’, says the Minister of Justice, President’s Counsel Ali Sabry while addressing the event at the opening of the Gampaha branch of the Credit Relief Board on Wednesday (29).

Speaking at the event, the Minister of Justice stated that he too is a lawyer and that is his profession, however, he continues to serve the people of this country as his ultimate goal is to find solutions that suit the needs of the people.

Speaking further, the Minister stated that he is currently working on 98 new amendments, and had managed to pass 10 amendments last year. By now, about 6 have been submitted to the Parliament to be passed, the Minister said, adding that he sincerely believes that these discriminations in the law will gradually be remedied and a solution to this problem will be found in a new way.

“That is why I came into politics. In order to remedy the discriminations in law,” the Minister of Justice added.

Moreover, the Minister stated that several new courts will be introduced by him, with one such court being the Minority Rights Court.

Accordingly, cases in connection with less than Rs. two million will be heard in such Courts.

“Sometimes when I was in Colombo I saw a credit card case of Rs. 35,000 and a big case of Rs. 2 billion take the same amount of time at the Courts. This is just a waste of time. These things don’t make sense,” he said.

Speaking at the event, the Minister said that one of the main reasons why investors do not come to Sri Lanka, as long legal proceedings pose to be a problem to their very investment.

As a solution, Minister Sabry has proposed the establishment of Investor’s Courts, and the bill is due to be presented to the Cabinet next week.

This bill would enable any investor, Sri Lankan or foreign, to have their cases of investments over Rs. 100 million, to be heard expeditiously and to appeal only at the Supreme Court, the Minister said.