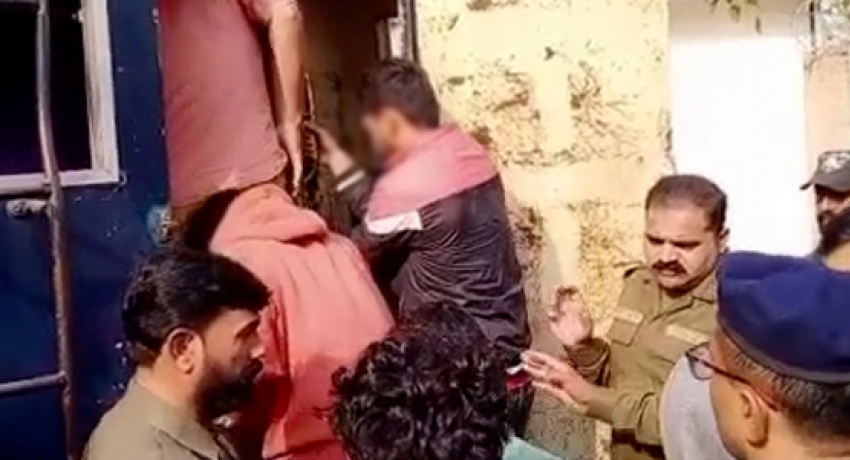 26 suspects who were arrested for the murder of a Sri Lankan in Sialkot, Pakistan were remanded in police custody for 15 days by a special anti-terrorism court (ATC) in Gujranwala.

Police produced the suspects in the court of ATC judge Natasha Naseem Sipra amid tight security, and sought their 15-day physical remand for investigation purposes.

Accepting the plea, the judge remanded the 26 suspects, including a 16-year-old boy, in police custody for 15 days. She ordered police to present them again on December 21st.

The suspects were taken to Sialkot after the court appearance.

In a statement, Chief Minister Buzdar said: “[We] equally share in the grief of the Sri Lankan government, nation and the bereaved family over the murder of Sri Lankan citizen Priyantha Kumara.”

He extended condolences to Kumara’s family and assured it that the government was fulfilling all its responsibilities in the matter. Providing details of the arrests and the investigation so far, Buzdar said all requirements of justice would be met in the case.

“I am reviewing the progress made in the investigation myself. The culprits will be given the harshest punishment under the law,” the chief minister said.

According to Pakistan’s Dawn News, speaking to reporters on Monday after meeting some PTI leaders who visited him to convey condolences, the envoy condemned the lynching, saying such incidents could not be tolerated.

But added that “we are very sure that the incident itself was not targeting our country, our religion or our race. It was an incident in isolation.”

Friday’s incident caused outrage across Pakistan with all sections of society coming forward to condemn the incident and calls for the suspects to be punished. Prime Minister Imran Khan said he had spoken to the Sri Lankan prime minister and assured him of due legal action.