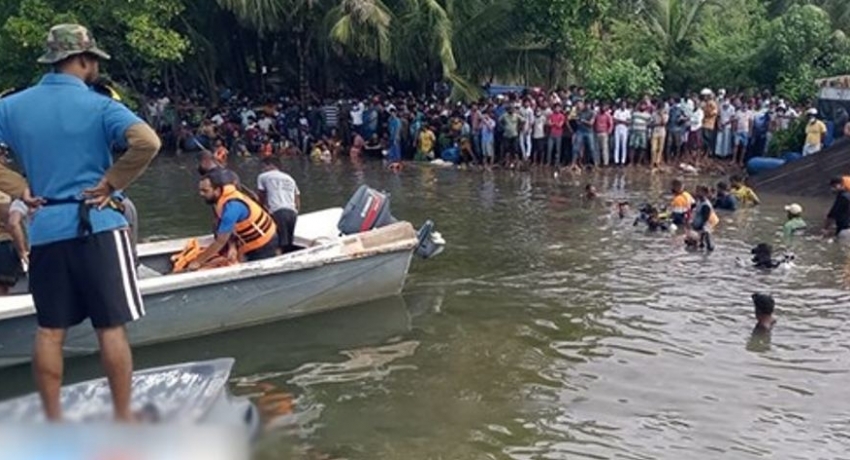 COLOMBO (News 1st); The death toll from the Kinniya Ferry Tragedy increased to eight, after a 41-year-old woman died while receiving treatment in hospital.

Another 6-year-old girl who was hospitalized in a ferry accident in Kurinjankarni Lagoon also died on the 28th of November.

The accident took place when the ferry capsized at around 7.00 am on the 23rd of November, killing six people, including four school children.

About 25 to 30 people were on board the ferry at the time of the accident and several others, including school children, were hospitalized with injuries.

Meanwhile, the Kinniya Mayor, the owner of the ferry and the two operators were later arrested and remanded in connection with the incident.