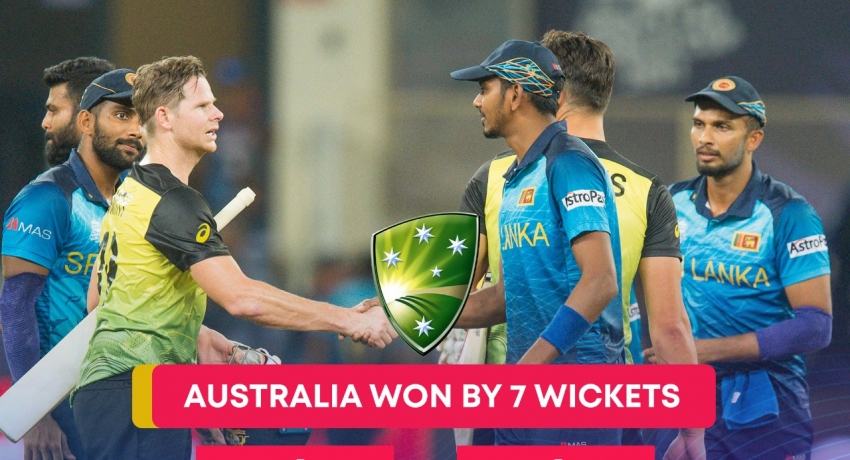 After the bowlers restricted Sri Lanka to 154/6, openers Aaron Finch and David Warner laid the foundation for Australia’s seven-wicket win.

With their second win of the tournament, Australia go second in the Group 1 table with four points, only behind England who are ahead on net run rate.

Faced with the task of chasing 155 for the win, Aaron Finch and David Warner made a bright start to the innings, scoring 63 in the Powerplay, the highest in the tournament so far.

Hasaranga brought Sri Lanka back into the game in the middle overs, accounting for the wickets of Finch and Glenn Maxwell, but a sensational half-century from Warner and a late cameo from Marcus Stonis helped Australia secure two points with seven wickets and three overs remaining. 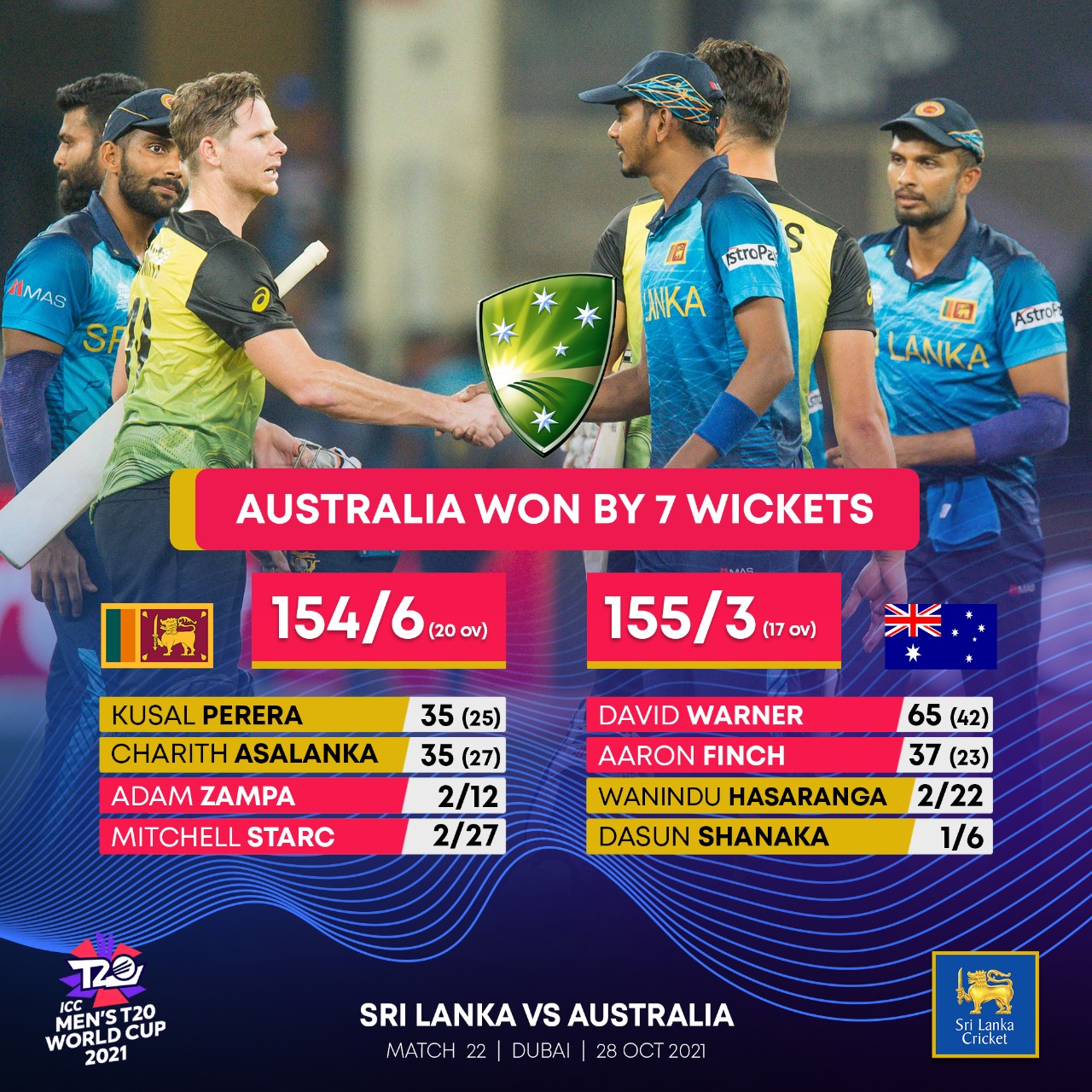