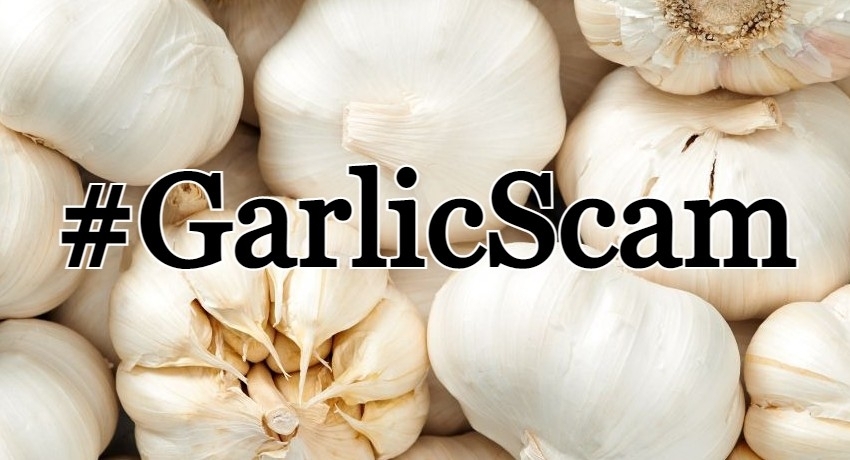 Police Spokesperson SP Nihal Thaduwa told News 1st that the suspect was arrested when he visited the CID on Wednesday (6) to provide a statement over the #GarlicScam.

He said the suspect is a 55-year-old male businessman from Bambalapitiya and he will be produced in court on Thursday (7).

On the 09th of September 2021, the Consumer Affairs Authority carried out a surprise inspection on imported essential food items.

This raid took place following a tip from a Sathosa employee noting that an illegal transaction was taking place at the Sathosa warehouse in Welisara, where 56,000 kilograms of garlic were released without an invoice.

The #GarlicScam has taken place by using the provisions of the Cabinet Decision taken on the 07th of June to release goods held at ports to Lanka Sathosa.

The #GarlicScam was tipped off by a Sathosa employee, revealed Rear Admiral (Retd) Ananda Peiris, the Chairman of Lanka Sathosa on the 27th of September.

04 Sathosa officers were linked to the #GarlicScam and were sent on compulsory leave.

A top-ranking officer at Lanka Sathosa who was arrested over the #GarlicScam was granted bail recently.

According to the Consumer Affairs Authority investigations, perpetrators had sold a kilogram of garlic to the businessman for Rs. 135/-, however, at that time the price per kilogram of garlic in the Lanka Sathosa Database was listed at Rs. 355/-.

56,000 kilograms of Garlic was sold off in such a manner.

A full report on the garlic fraud that has taken place at SATHOSA will be presented to Parliament before long,

Dr. Gunawardena said that neither he nor the Prime Minister nor the Cabinet had issued an order to question the media regarding the incident, and it was the CID that had decided to gather evidence from the media.

The relevant ministries have informed the CID not to make such moves, he added.

On the 28th of September, Prime Minister Mahinda Rajapaksa instructed the relevant officials not to summon the journalists to the CID, who disclosed the garlic scam to the media, said Cabinet Spokesman Dullas Alahapperuma.

He told the weekly Cabinet briefing that Public Security Minister Sarath Weerasekara also assured that the journalists will not be summoned to the CID nor the CID will visit the media institutions to inquire about the incident.