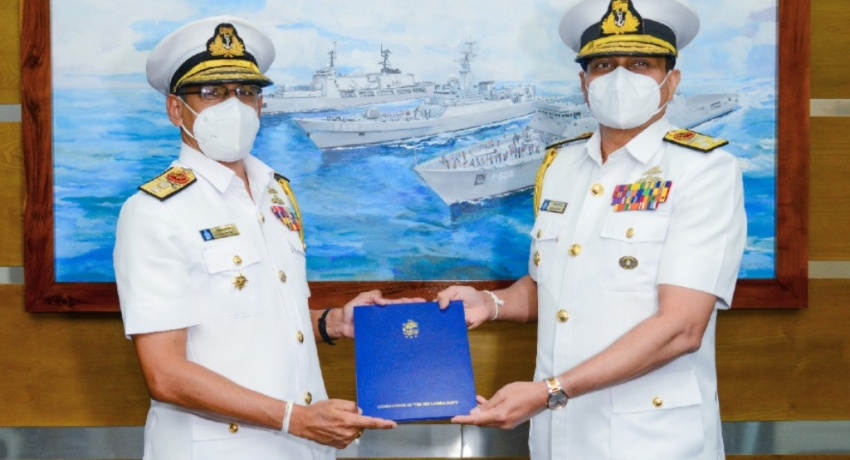 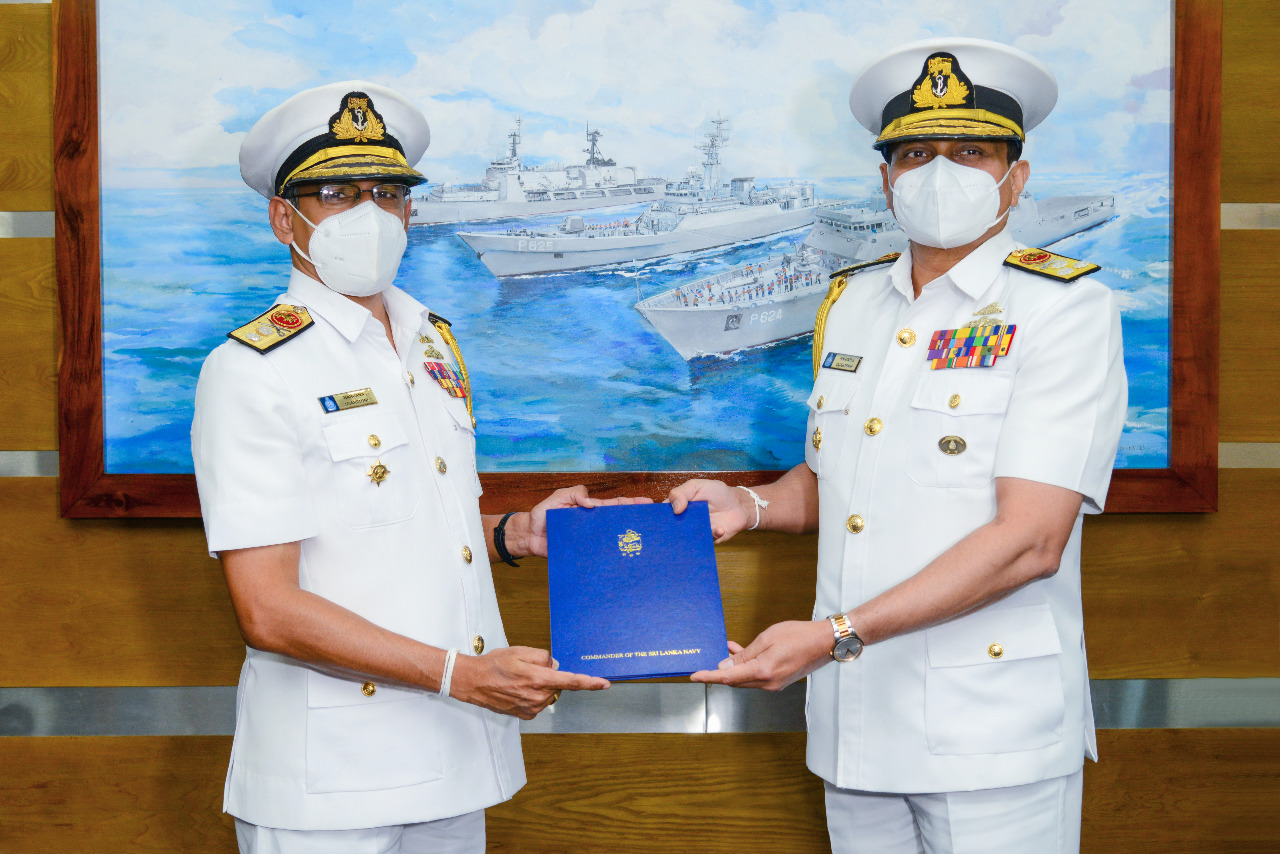 Accordingly, Commander of the Navy, Vice Admiral Nishantha Ulugetenne, officially handed over the letter of appointment in this regard to Rear Admiral YN Jayarathne at the Navy Headquarters.

Born in the year 1967, Rear Admiral Jayarathne received his secondary education from the Royal College, Colombo 7.

He joined Sri Lanka Navy in the Executive branch as an Officer Cadet of the 15th Intake on 20th October 1986 and completed his Officer Cadet training at the Naval & Maritime Academy, Trincomalee.

Having topped the batch, he was selected to undergo the International Midshipman Course in Britannia Royal Naval College, Dartmouth, UK in 1988.

On return from the International Midshipman Course, his first appointment was to the Navy’s elite Fast Attack Craft (FAC) Flotilla and over the rest of his career he was associated with FACs as Officer-in-Command, Training Officer, Training Commander and finally as the Flotilla Commander in 2007-2008.

The senior officer holds a Master’s Degree in Defence Studies from University of Kelaniya and another Master’s in Hydrography from the University of Goa, India.

The Rear Admiral Jayarathne has been decorated for gallantry thrice; twice by Rana Wickrama Paddakkama (RWP) and once by Rana Sura Padakkama (RSP). In addition, he has been awarded the ‘Uththama Seva Padakkama’ (USP) for his unblemished and exemplary naval career as well as a bunch of other service medals fittingly.

Besides, the senior officer has been issued with Letters of Commendation three times by Commander of the Navy, for exceptional execution of duties and responsibilities and for his achievements.

He is a front line Executive Officer who has held key appointments both afloat and ashore and has commanded Offshore Patrol Vessels (OPVs) as well as shore establishments during his illustrious career. 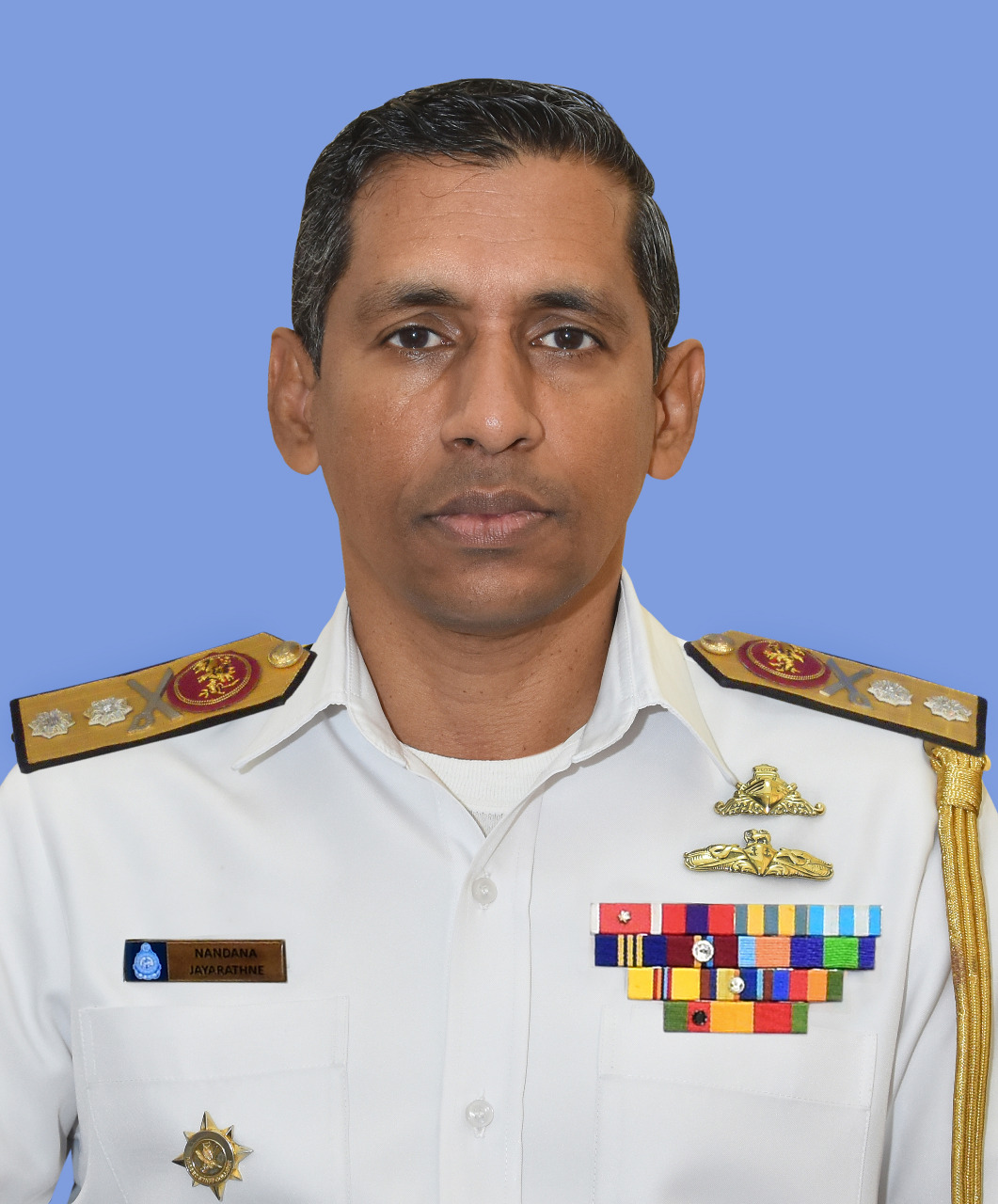