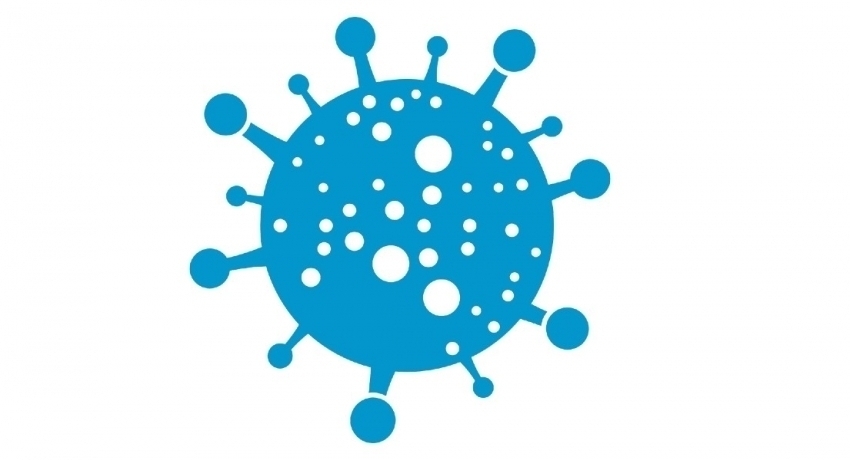 COLOMBO (News 1st); The Association of Medical Specialists appealed for further clamping down of movements as recommended by the WHO expert panel before the spread of the Delta Variant becomes unstoppable and catastrophic.

In a letter to the President, the Government, and the General Public, the AMS believes that stricter measures implemented at this critical juncture could still slow down HUMAN TO HUMAN spread and hence the alarming mortality and morbidity until society reaches adequate levels of immunity by vaccination.

“If prompt and stern interventions are not adopted as recommended by the WHO experts at this critical juncture, we could face an unprecedented disaster overwhelming all the resources at our disposal,” said the AMS. 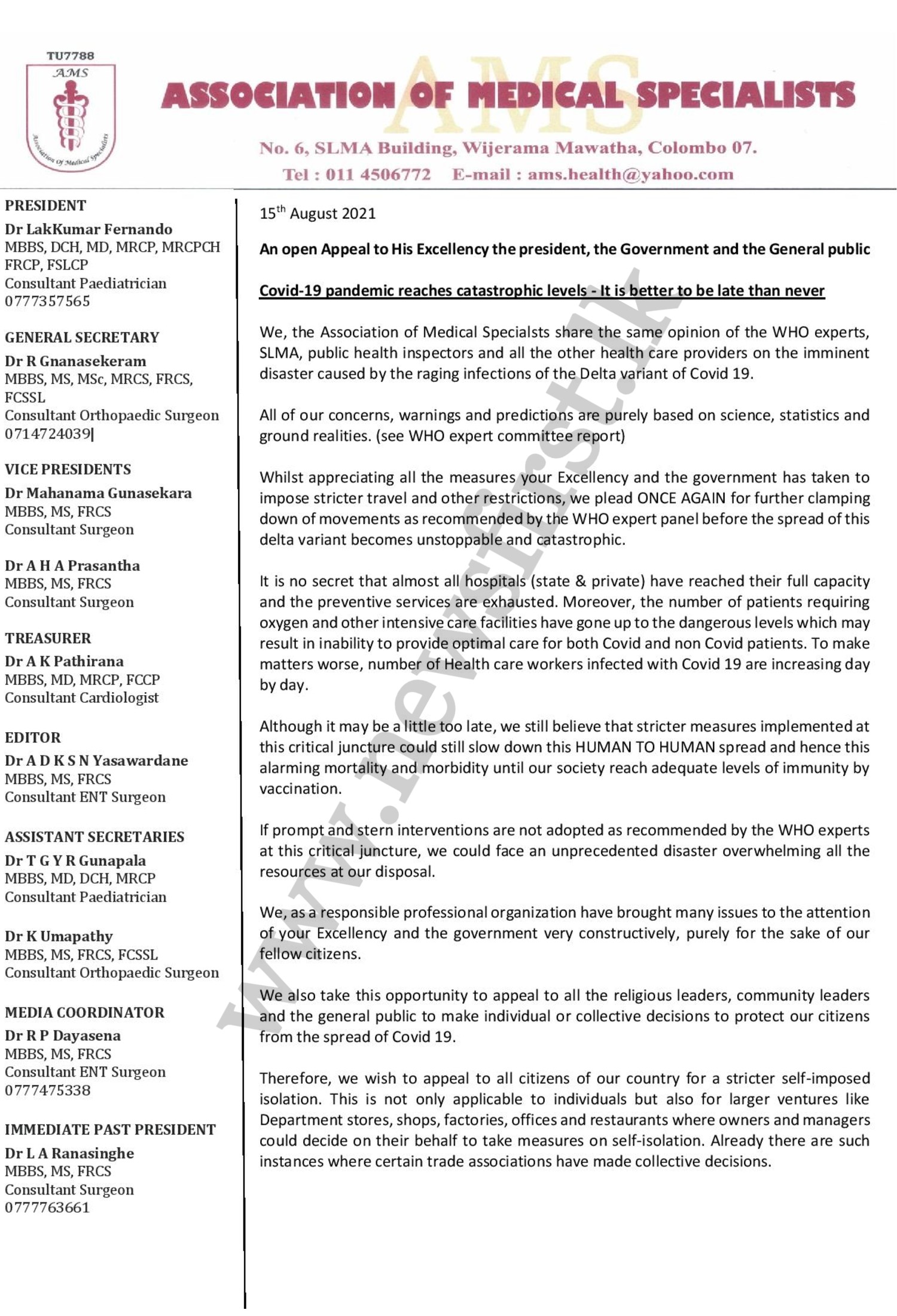 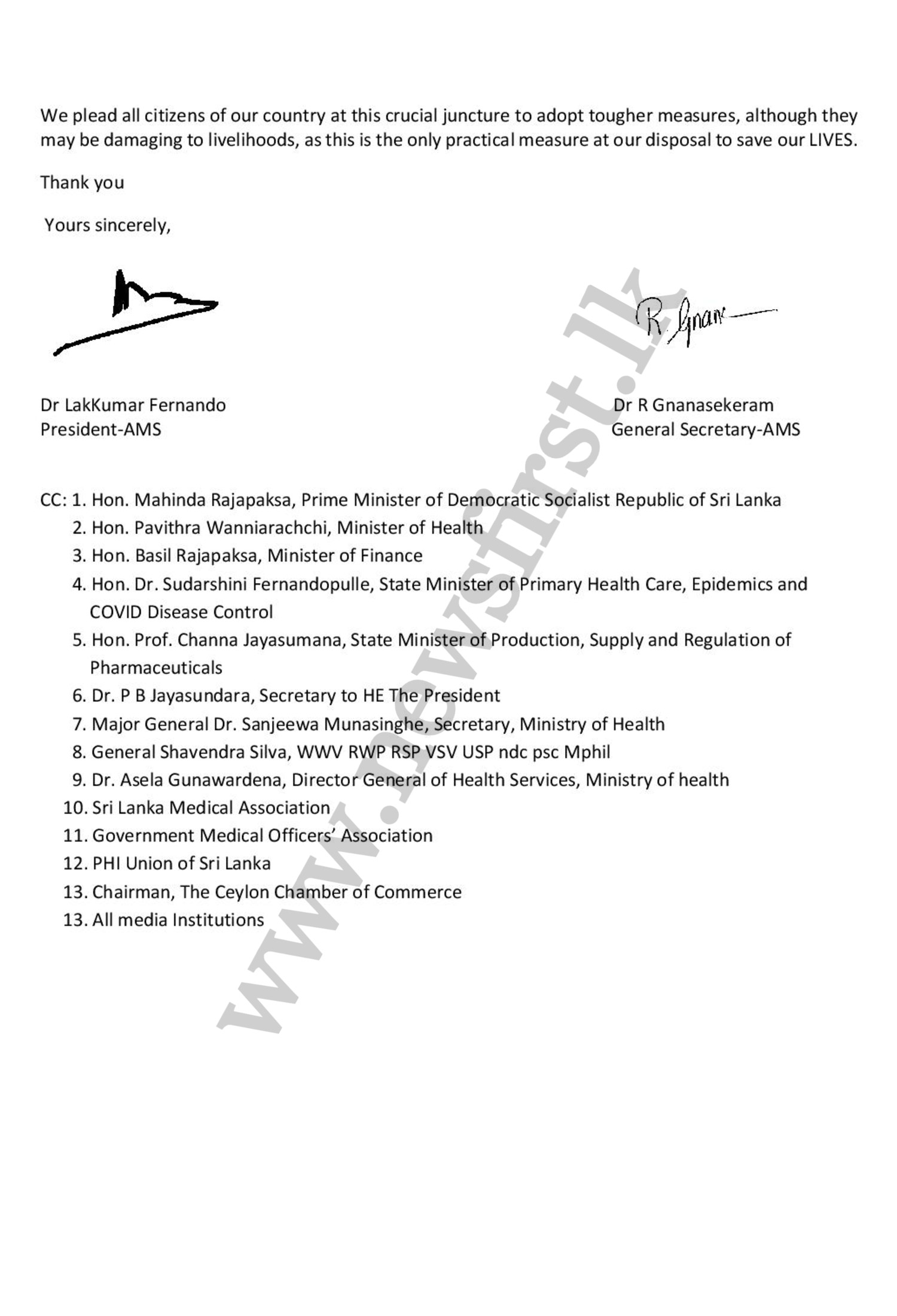