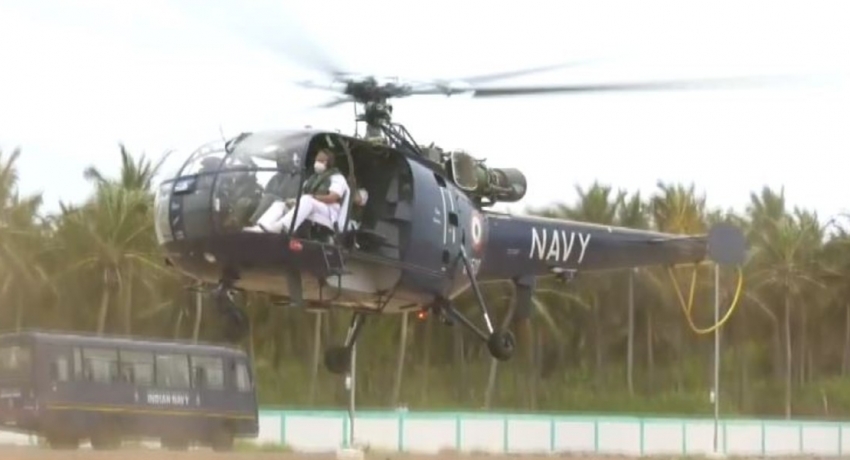 COLOMBO (News 1st);  Vice Admiral A.B. Singh the current Flag Officer Commanding-in-Chief, of the Eastern Naval Command of the Indian Navy took an observation tour of the bay of Mannar and the islands in the vicinity.

The observation tour comes against a backdrop where India and Britain are conducting joint naval exercises in the Bay of Bengal, adjacent to The Sea of Sri Lanka.

Vice Admiral A.B. Singh had arrived in Rameshwaram in Tamilnadu and inspected 2 state of the art Naval patrol vessels docked at the Kandukaal fisheries port.

Indian media reported that the patrol vessels will be deployed to curb illegal activities in the vicinity of the Mannar basin, including the transport of narcotics, Sea cucumbers, sea horses, and illegal immigration.

Vice Admiral A.B. Singh then boarded a helicopter and engaged in an inspection tour of the Mannar basin and islands in the area.

Sri Lanka’s strategic positioning in the world has made both Sri Lanka and the sea of Sri Lanka the subject of the prying eyes of various powerful states in the world.

While countries like China have had a strong presence in the region, in the recent past, the presence of India, the United States and other Western Nations in the region too had increased.

The most recent development in this region is the three-day joint maritime exercise involving the UK and India.

The exercise is taking place in the Bay of Bengal.

12 ships, two submarines, over 30 aircraft and almost 4,500 naval personnel, took part in the three-day maritime exercise in the Bay of Bengal.

The Indian Navy and the UK’s HMS Queen Elizabeth carrier strike group participated in the exercise which began on the 21st of July.

The UK High Commission in India has said that this marks a change in UK’s engagement in the region.

The UK Carrier Strike Group is currently on a seven-month deployment, and is expected to work with more than 40 countries during this period.

The maiden exercise between the Indian Navy and the Royal Navy’s latest aircraft carrier, HMS Queen Elizabeth included CSG-21, which included Type 23 Frigates and an Astute-class submarine in addition to the other surface combatants.

The Indian Navy was represented by INS Satpura, Ranvir, Jyoti, Kavaratti, Kulish, and a submarine. The exercise also included the P8I, a long-range maritime reconnaissance aircraft capable of anti-submarine warfare.

The presence of the CSG-21 in the Indian Ocean has provided an excellent opportunity to engage in a variety of maritime operations, including ASW, anti-air, and anti-surface warfare.

The Media spokesperson of the Indian Navy Commander Vivek Maadwaal said that the ongoing exercise has provided an excellent opportunity to engage in a wide range of maritime operations, including ASW, anti-air, and anti-surface warfare, due to the presence of the CSG-21 in the Indian Ocean.

Foreign media reported that the exercise also witnessed the maiden participation of the F-35B Lightning which operate from the deck of HMS Queen Elizabeth. 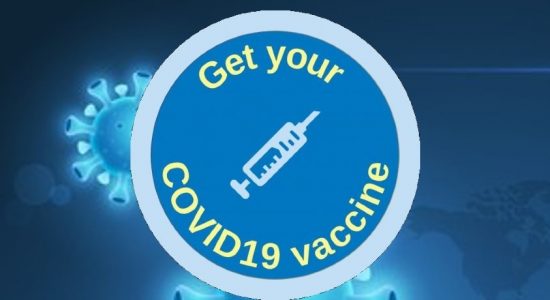 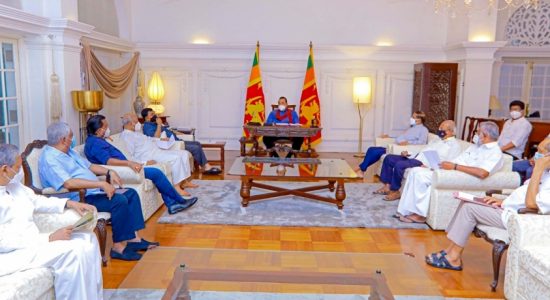