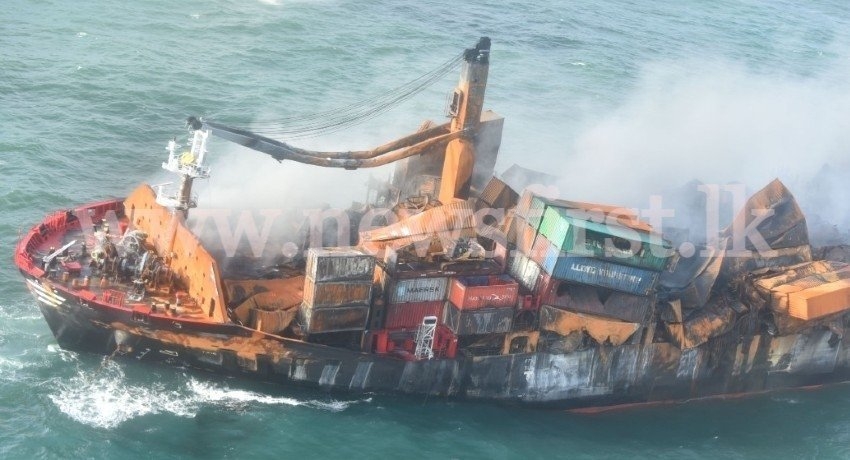 COLOMBO (News 1st); The Criminal Investigations Department grilled the Captain, Chief Engineer, and the Second Chief Engineer of the MV X-PRESS PEARL on Monday (31) over the onboard fire.

On Sunday (30), CID detectives visited the Wellawatte Hotel where the captain and crew are under-going quarantine. However, statements were not recorded on Sunday as the Captain did not possess relevant documentation.

In addition, a separate investigation is taking place against the people who violated the quarantine rules by leaving their residences in Panumugama, Kochchikage, Negombo, and Dungalpitiya Police Areas to collect debris from the blazing container ship.