F1: Lewis Hamilton has become the first driver in the history of Formula 1 to make it to 100 pole positions, triumphing over the Red Bull of Max Verstappen by just 0.036s in qualifying for the Spanish Grand Prix, as his Mercedes team mate Valtteri Bottas claimed P3.

Hamilton set a blistering 1m 16.741s on his first lap in Q3, with Verstappen narrowly behind. But with all eyes trained on the fight at the front in the final minutes of qualifying, neither Hamilton, Verstappen nor Bottas could improve on their second runs, meaning Hamilton claimed his record-extending 100th pole position – with the Mercedes driver yelling exuberantly on team radio after a phenomenal milestone in the history of Formula 1 was reached.

It wasn’t all bad for Verstappen, however, who after showing strong pace in Q2 to lead the segment, claimed his first ever front row start at the Circuit de Barcelona-Catalunya, ahead of Bottas.

Ferrari’s Charles Leclerc confirmed the Scuderia’s turn of speed this weekend with P4, as Alpine’s Esteban Ocon continued the team’s form from Portimao with fifth. Home hero Carlos Sainz was sixth in the second Ferrari, ahead of McLaren’s Daniel Ricciardo, who had just one lap in Q3 but managed to get ahead of his ninth placed team mate Lando Norris – who’d led the way in Q1. 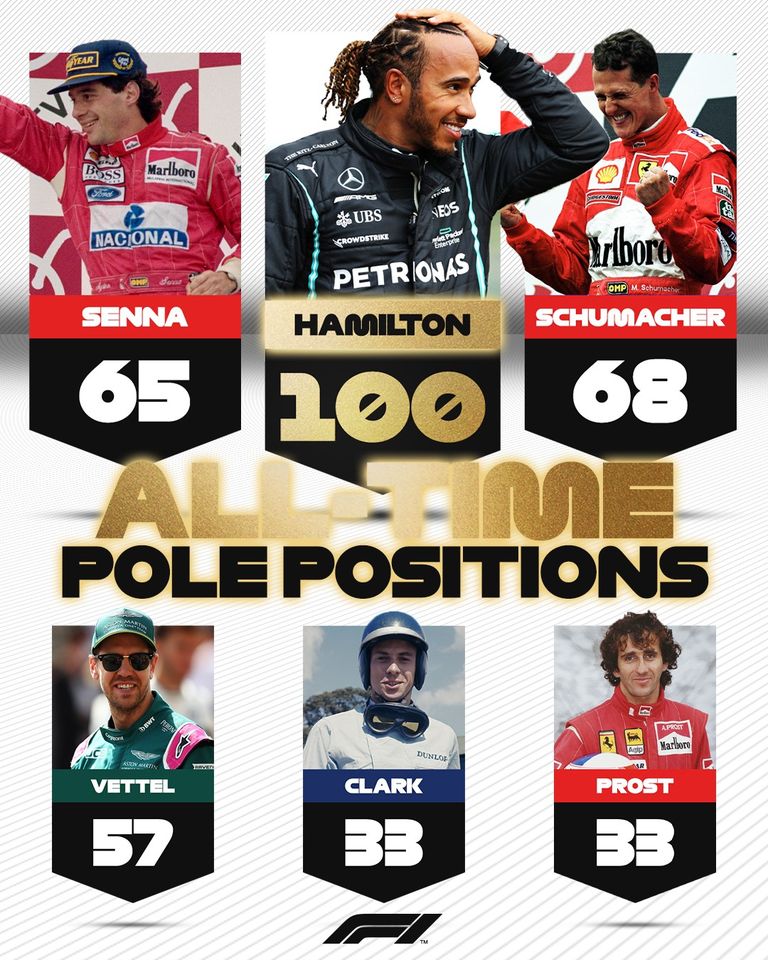 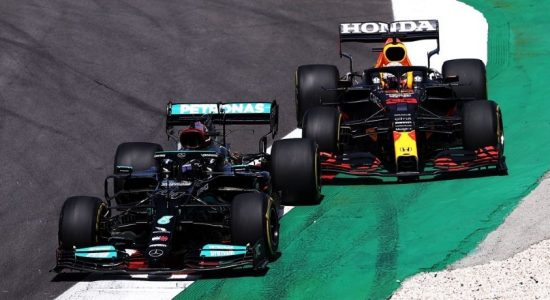