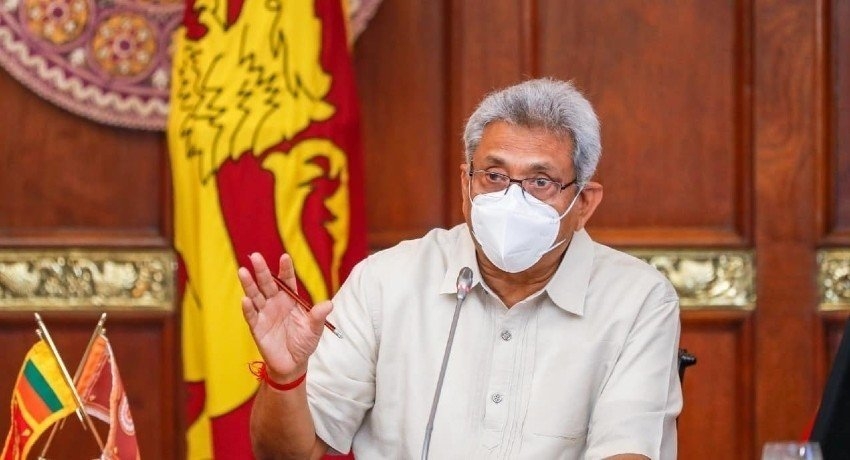 COLOMBO (News 1st); President Gotabhaya Rajapaksa has stated that he will take up the challenge in making Sri Lanka the first country in the world to eliminate the use of chemical fertilizers without reversing any of the steps that have been taken.

The absence of any country in the world that has eliminated the use of chemical fertilizers is not an obstacle to achieving the goal, President Rajapaksa noted.

The President urged all to unite to educate the farmer and create a healthy generation at a discussion held at the Presidential Secretariat on Thursday (29) to raise awareness on the use of chemical fertilizers, pesticides and herbicides and the ban on such imports.

“The government must guarantee the right of the people to a non-toxic diet to produce a healthy and productive citizen,” said the President.

Sri Lanka spent U. S. $ 221 million in 2019 to import chemical fertilizer and this amount is expected to rise between US $ 300 – 400 million with the price hike of crude oil, said the President’s Media Division.

President Rajapaksa pointed out that despite the huge expenditure on chemical fertilizers, herbicides, and pesticides, there has been no qualitative increase in agricultural production adding that soil infertility has led to declining yields and loss of biodiversity.

Government spending on a number of non-communicable diseases, including kidney and cancer, is rising every year, noted the President’s Media Division adding that the loss of livelihoods of rural people, deteriorating health, and declining productivity of the people have become a challenge facing the country.

The President also stated that the government will directly intervene to provide all necessary facilities to the producers to encourage the production of organic fertilizer at the district level.