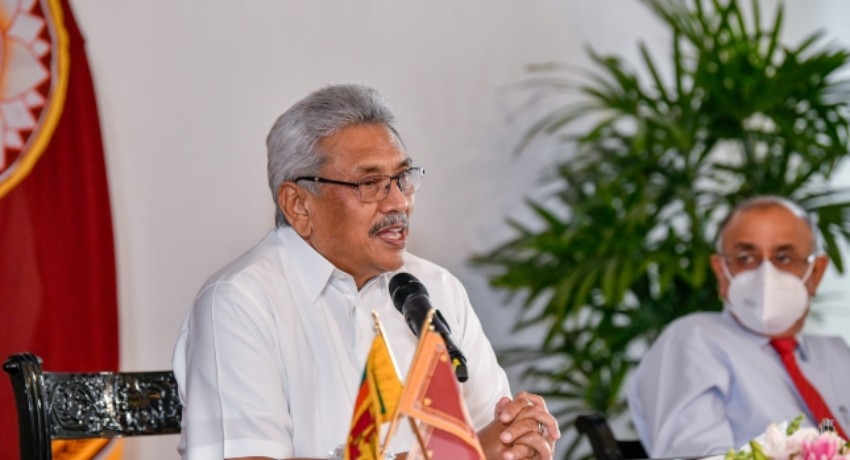 Colombo (News 1st);  President Gotabaya Rajapaksa on Thursday (22) stressed that the importation of chemical fertilizer will be completely stopped in the near future.

“The usage of chemical fertilizers leads to a better harvest. However, the negative effect it has on human lives through pollution of lakes, canals and groundwater due to the chemical fertilizers outweigh the profit,” said the President adding that the health sector has pointed out that the effects of chemical fertilizers have led to a number of non-communicable diseases, including kidney diseases.
The expenses to treat these patients and the impact on human lives caused by these chemical fertilizers remain high, noted President Rajapaksa while stating that in order to produce a healthy and productive citizenry, the government must ensure the right of the people to access a non-toxic and balanced diet.
President Rajapaksa said that measures will be taken to ensure that only organic fertilizer would be used in the agriculture sector in the country in the future.
The President shared these views at a meeting held with the heads of state corporations and statutory boards on Thursday (22).
“All the respective parties should intervene to increase the production of organic fertilizer in the country, said the President adding that organic fertilizer will be provided in lieu of the concessionary fertilizer package for farmers.
The President highlighted that the annual sum of USD 400 million spent on fertilizer imports could be used to uplift the lives of the people.